In a recent academic paper co-authored with Prof Andrew Baker of the University of Sheffield we explored issued relating to wealth in the UK and the impact of tax upon it. As we noted, wealth is held as follows, based on the most recently available data at the time we were writing (it's since been updated but with little consequence for the argument made here):

Of that total wealth we noted that most property wealth (in the forms of people's homes), all pension wealth, and about a third of financial wealth at that time, in the form of ISAs, was tax subsidised. As we noted, also drawing attention to an analysis we had prepared on the costs of various tax reliefs in that same paper:

In total, therefore, it is likely that 81 per cent of UK personal wealth is held in heavily tax incentivised assets. The tax system — which incentivises these assets at a cost of more than £86n a year — is not neutral in the process. This analysis suggests that about 20 per cent of tax reliefs might be used in ways that promote inequality in the UK.

The figures can be open to minor reinterpretation, and will change slightly over time, but however we think this analysis is undertaken the same broad conclusion will be reached. In that case if the issue of wealth inequality is to be tackled then so too must tax reliefs be reformed.

The most egregious of these reliefs is that for pension c0ntributins. The rules in this area are complex, most especially when they are tapered and partially withdrawn in various ways for those who are on the highest incomes (which has, overall, been a welcome step taken in recent years). However, the cost of this  relief remains high. This data comes from HM Revenue & Customs: 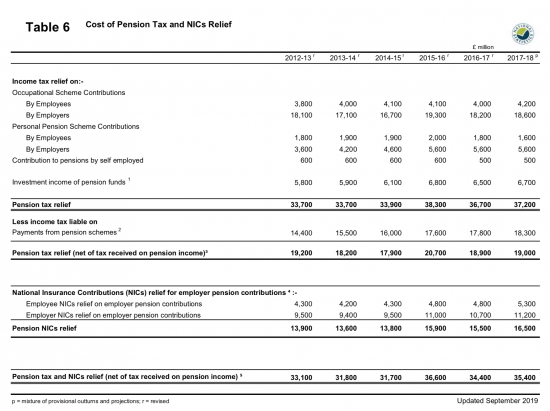 The result is that the most recent estimate of the cost of pension tax reliefs is £37.2 billion for tax plus £16.5 billion of national insurance, or about £53.7 billion a year. That is almost exactly the same as current defence spending: 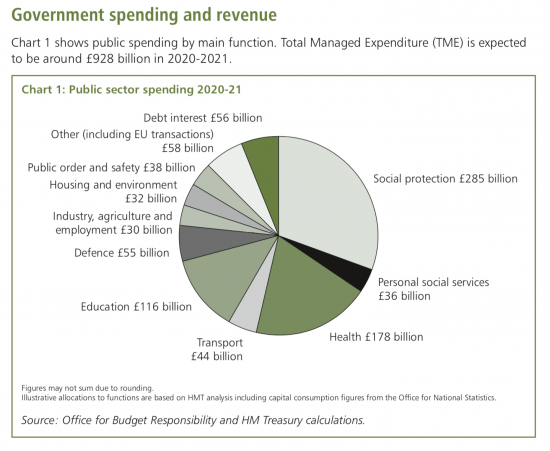 There is an argument as a result that this relief should be abolished altogether as a cost that cannot be afforded.

That is not suggested here, although it has been proposed that the relief should be made conditional on the use made of at least some of the money invested in pension funds.

Instead the issue that is of concern is that it is still the case that a great many people paying higher rate taxes (who represent approximately 12% of the taxpaying population) enjoy tax relief at 40% on the contributions that they make to pensions when about 88% of the UK population receive tax relief at 20%.

In other words, those who are the highest earners get at least double the tax relief for each pound that they contribute to their pension pot compared to most people, and this is bound to increase wealth inequality in the UK.

This is very obviously inappropriate: subsidising those already best off more than those who are not is contrary to the principle of seeking to reduce inequality that should be inherent in the UK tax system.

The solution is quite simple: no contribution to a pensions fund should enjoy tax relief at a rate greater than the basic rate of UK income tax. Higher rate pension tax relief should be abolished.