Confidence in government reporting of coronavirus is collapsing. The Telegraph has a headline this morning that says: 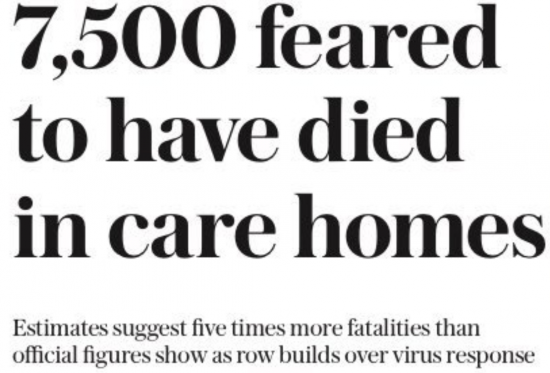 The FT's version is:

And Chris Giles in the FT evidences that claim with this chart: 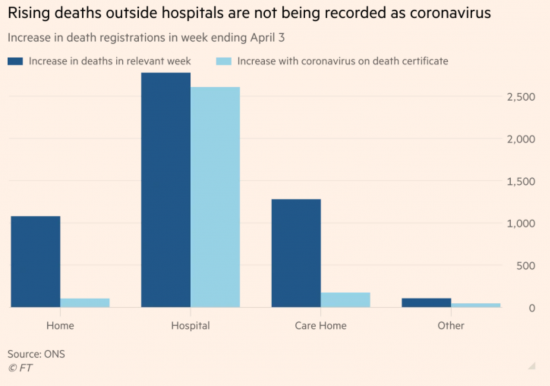 To put it bluntly, the evidence on announced Covid-19 deaths is fabricated. Deaths are being deliberately under-reported. There is growing evidence that some are engineering this. And the result is a loss of faith in the government.

And this matters. A lot. Only government can get us through this crisis. I think that is apparent now to everyone, including the financial capitalists who are seeking to capture the process for their own gain, again. But if faith in the government is lost because it consistently lies (and I use the word advisedly on this occasion) about the true scale of deaths to the extent that it is not just people like me saying so, but the Telegraph and FT do so as well, then we are in deep trouble.

But the likes of Raab, Hancock and Gove don't get that.

And Johnson is sitting this one out, I am quite sure entirely happy to let those he thinks dispensible take the blame when on his return he can reshuffle them out of the way and announce his new government Mk2, which will not work for him again.

This government needs to be credible.

And how that helps anyone is very hard to work out right now.