What Keynes knew that modern economists have seemingly forgotten

I reread Keynes' 1940 book 'How to Pay for the War' last night to prepare for a debate this week (online, of course, and invitation only). This is from page 62: 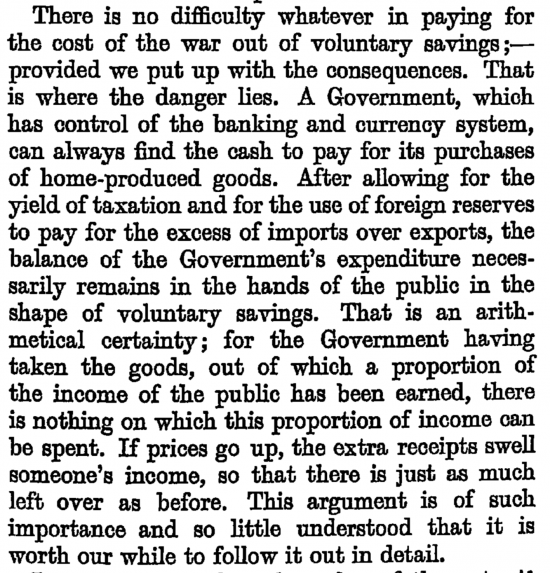 First, Keynes understood that a government can create as much cash is it needs, at its own will.

Second, the discussion of foreign reserves was in a de-facto gold standard era: we are no longer on the gold standard.

Third, Keynes understood sectoral balances and that it is government spending that creates private saving.

Fourth, inflation is distortionary of relative value and so distribution within the economy, but not necessarily of physical production, and this issue has to be addressed (the answer was a universal basic income; the family allowance).

Why have we forgotten?