The Global Tax 50 is a great credit to tax justice

I have to admit I failed to make it to the International Tax Review Global Tax Top 50 this year. I have been in it more times than not over the last decade, peaking at number 7 in 2013.

I also have to admit to not being the slightest bit disappointed for a multitude of reasons. The best was that the Corporate Accountability Network, which I launched in the year did make it: 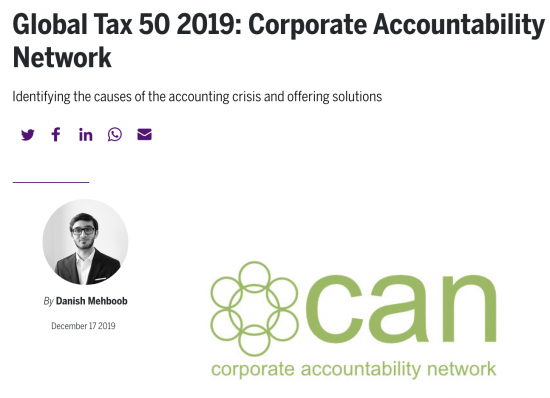 As the International Tax Review said of the Corporate Accountability Network:

The Corporate Accountability Network (CAN) secures a spot in the Global Tax 50 for its advocacy of new accounting standards to give business leaders a clearer, wider consideration of tax matters.

The complexity of international tax and accounting practices have stopped investors from getting a 'wider, more complete picture' of a company's financial situation. Investors tell ITR that this has been a long-standing issue, and the CAN founders used the UK Carillion scandal a reason for proposing their accounting standards on July 12.

And there were other associated successes. The Fair Tax Mark, which I co-founded and was a director of until October, and which I still advise, made the list: 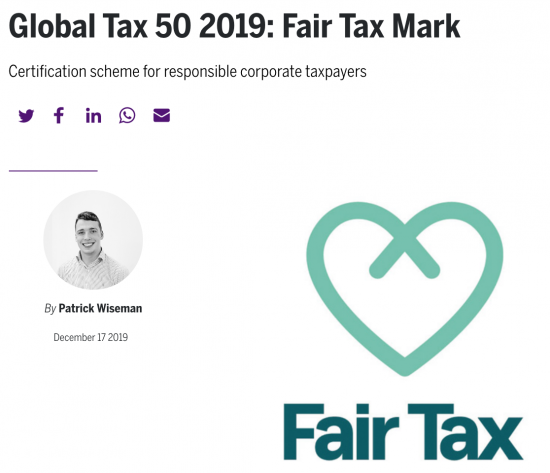 As ITR said of the Fair Tax Mark:

The Fair Tax Mark is making strides in getting businesses to support ethical taxation, giving them the recognition they deserve by accrediting them with its mark.

As businesses are generating increasing amounts of revenue, this lends itself to companies having to pay a larger amount of tax and take a more transparent approach to their financial arrangements. The aim is to create a brand and an incentive for businesses who would otherwise be tempted to use aggressive strategies to reduce their tax burden.

In order to combat this, Fair Tax Mark is accrediting companies that achieve its ethical standard in order to encourage them to comply with tax regulations and go further to pay their 'fair share' of tax. The mark has rapidly grown in its importance, with companies looking to attain it in order to stand out from their competitors.

And that was not all. The Tax Justice Network, which I also co-founded, was there too: 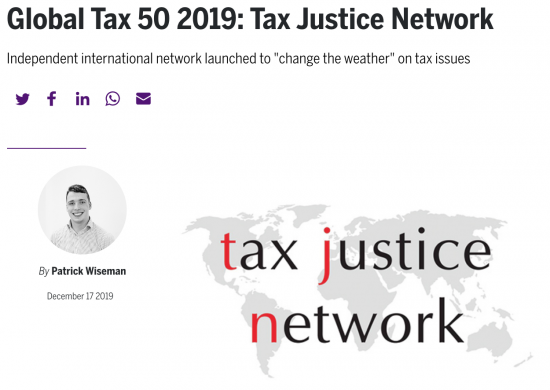 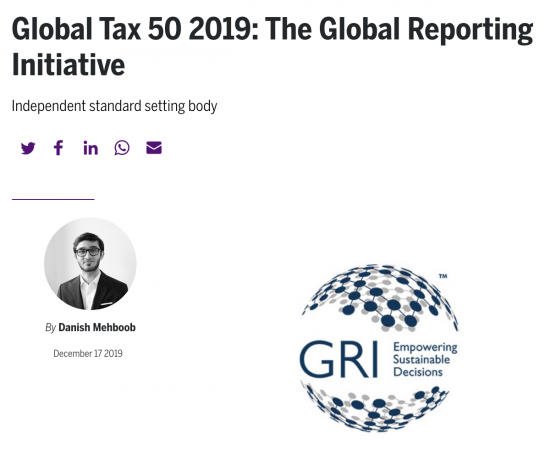 And whilst I am certainly not claiming for Grave Blakely, the ITR say she, at least in part, got in for her work on an Alternative Minimum Corporation tax, which I think she would have no problem agreeing I developed in the form IPPR and she used. Grace has worked for the TJN and me in the past, but her advocacy is all her own.

That's quite a haul for tax justice. I am delighted.