Why on earth would you want a low tax economy?

Prof Charles Adams of Durham University played with the data I used yesterday to show the relationship between tax and GDP and recast the data as follows: 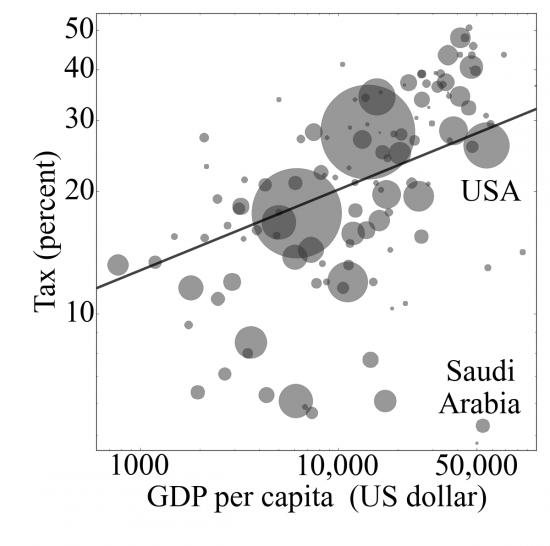 As Charles noted to me:

Pop data from UN 2015 is used to scale size of point (using a log scale or else you can hardly see anyone except China and India).

I added a power law fit (like Zipf's law) with all countries weighted equally. I cannot really justify any other weighting.

And, as is clear from the line of best fit that Charles has added, the trend is very obvious: as tax rates increase so does GDP. You could argue it's the other way round but I would very strongly challenge that because government spending is part of GDP and whilst the link between government spending and tax is not direct, what is apparent is that the spending comes before the tax (as I have argued in The Joy of Tax, for example) and so it is GDP that drives the tax flows and not vice versa.

In which case when you have under employment, low productivity and low inflation why on earth would you want a low tax economy?