It is HMRC tax gap day - which is the day when they admit how much tax they did not collect, in their estimation.

My standard joke of the last decade has been confirmed yet again today. Whenever I have been asked about HMRC's tax gap (which I used to be often, because I did extensive work on this issue from 2008 to 2015) I now joke that it's a number very close to £32 billion, whatever the true number might actually be. And so it was again this year: 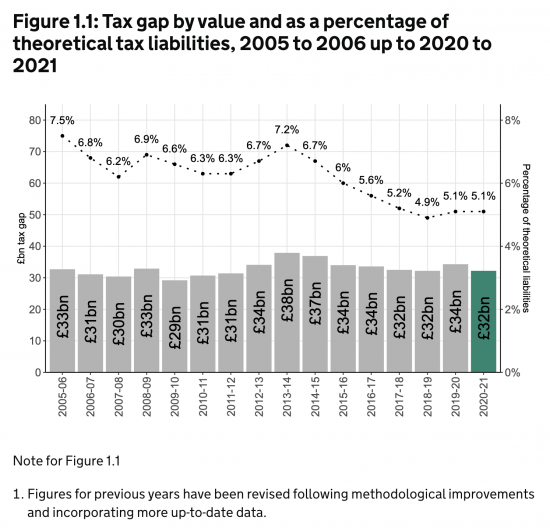 With the greatest of respect to HMRC, they mark their own homework when it comes to the tax gap and it is simply impossible that the answer is always the same.

That is especially true when it comes to a year when Covid fraud was rampant - but apparently, this had no impact on the tax gap (although they do discuss the issue).

Breaking the figures down they suggest these are the taxes impacted: 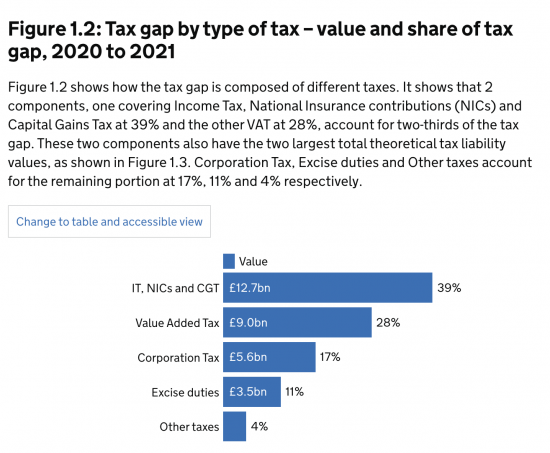 And these are the HMRC 'customers' (I hate that term) who caused the loss: 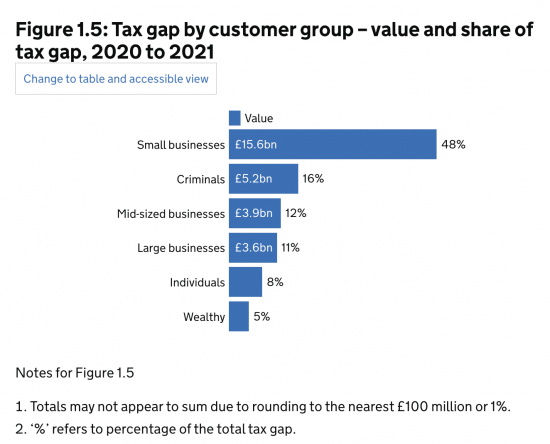 No surprise there then. But all the flaws I have mentioned in earlier years remain. In particular look at some of the detail and the risk assessment linked to it: 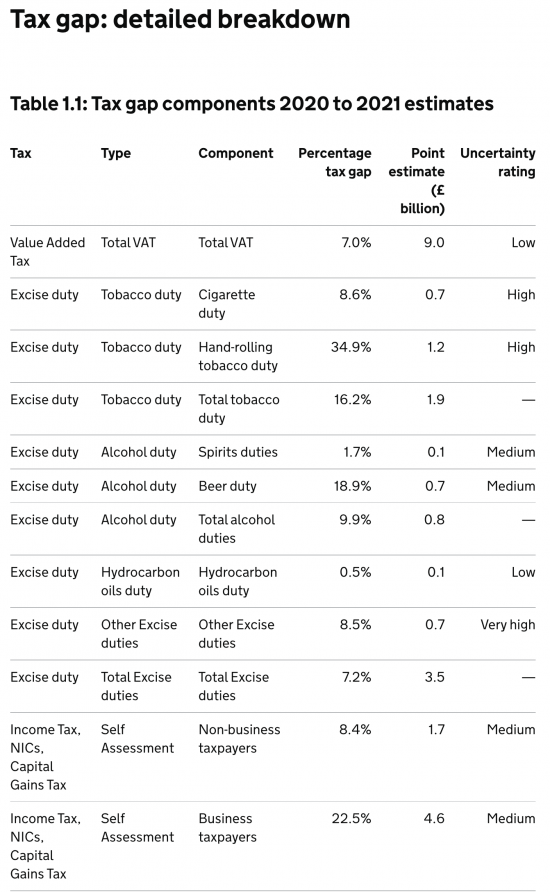 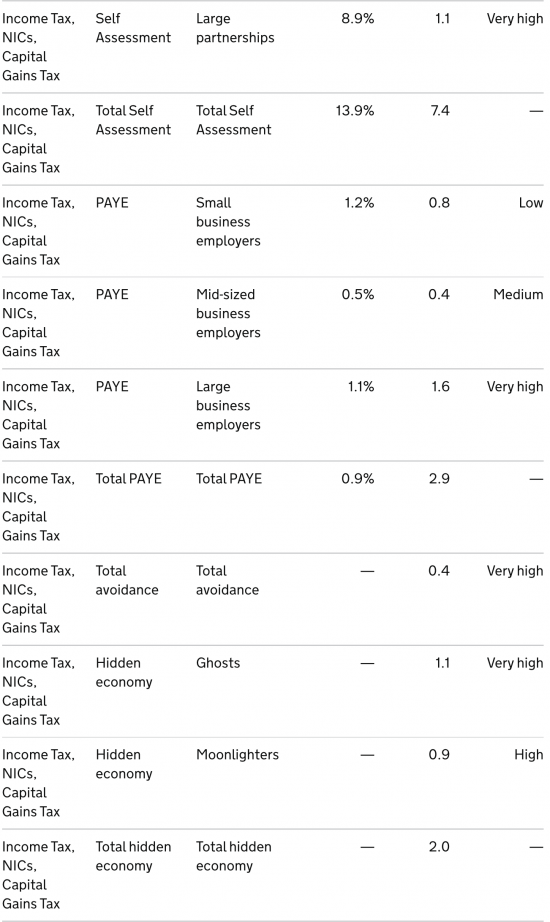 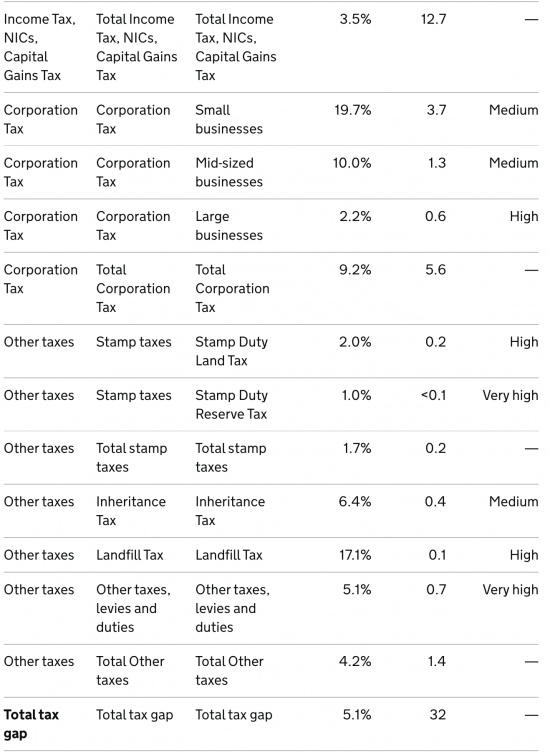 There are some absurd claims in here. That VAT is subject to low risk is ridiculous: this is impossible when overall small business makes most of the errors. It also suggests that HMRC knows the exact size of the shadow economy, and I am quite sure that they do not.

And the chance that just £2 billion is lost a year to tax evaders - out of £635 billion paid - is utterly ludicrous. That's a 0.3% evasion rate.

I have argued before for an Office of Tax Responsibility to properly appraise the work of HMRC, the tax gap and now tax spillovers. It hasn''t happened. But a government that was serious about this would be putting one in place. All the time they don't we have to assume that they're happy for the tax abuse to continue, and that begs the question, why is that?