The inflation we are suffering is by government choice

The ONS has published new inflation data today. The news is not good, although there is no surprise about that. This is the summary chart: 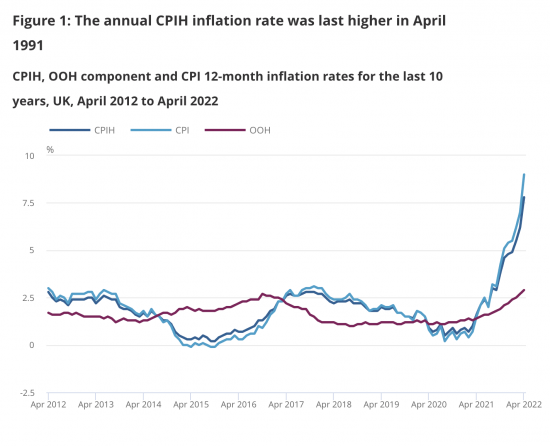 The Consumer Prices Index (CPI) is the headline rate everyone but the government refers to. The Office for National Statistics, acting as the government's disinformation department, prefers CPIH, which adds in literally made up (I kid you not) owner-occupier's supposed housing costs, and tends to be lower - as the chart shows.

The CPIH breakdown over time is as follows: 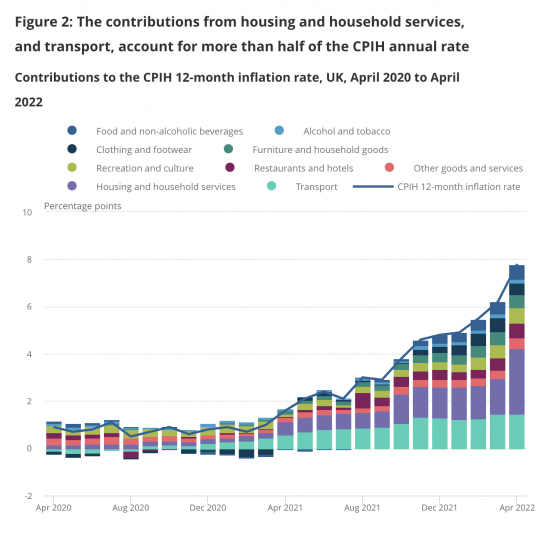 The change in the month was: 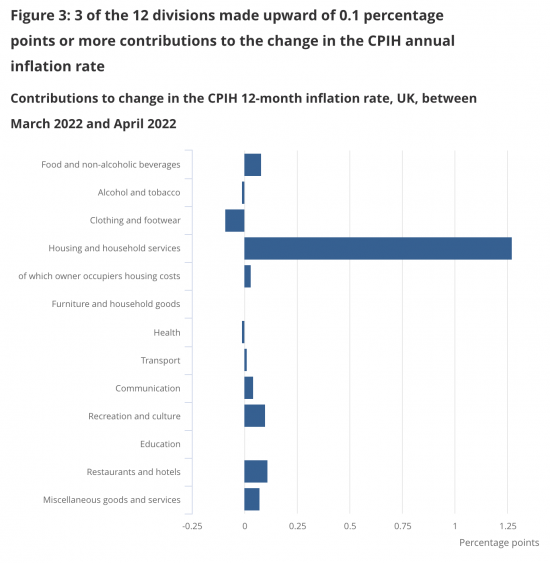 Household energy caused the change. There is no surprise there.

Four things can be done about this, all of which make sense when the goal of the government is to keep inflation low and stop it being embedded in the economy.

First, taxes and duties included in domestic energy costs can be cut so that the sum collected is a fixed sum equivalent to that paid in April 2021, and not a variable as now. There is no reason why the government should profit from what is happening in energy markets now, but it is and is revelling in doing so as this makes it easier to balance its books. This has to stop.

Second, electricity can be priced on the average cost of production plus a fair profit margin rather than on the basis of the marginal cost of the most expensive form of production, as used now, which seriously hikes prices.

Third, we could have a windfall tax, but they have voted against that.

Fourth, we need to increase benefits, pensions and low pay now, but they are vehemently opposed to that.

So, this inflation is by choice. It is not necessary at the rate it is being suffered at. Nor is the suffering resulting from it necessary. But the government seemingly wants both the profiteering (including by itself) and the suffering.

No wonder people are angry.

And no wonder that I have seen reports that banks are preparing for civil unrest this summer.

You can't force a population to suffer without good reason and not expect a reaction.