Somebody is not telling the truth

I was interested to notice this claim published on a website for a publication called International Investment: 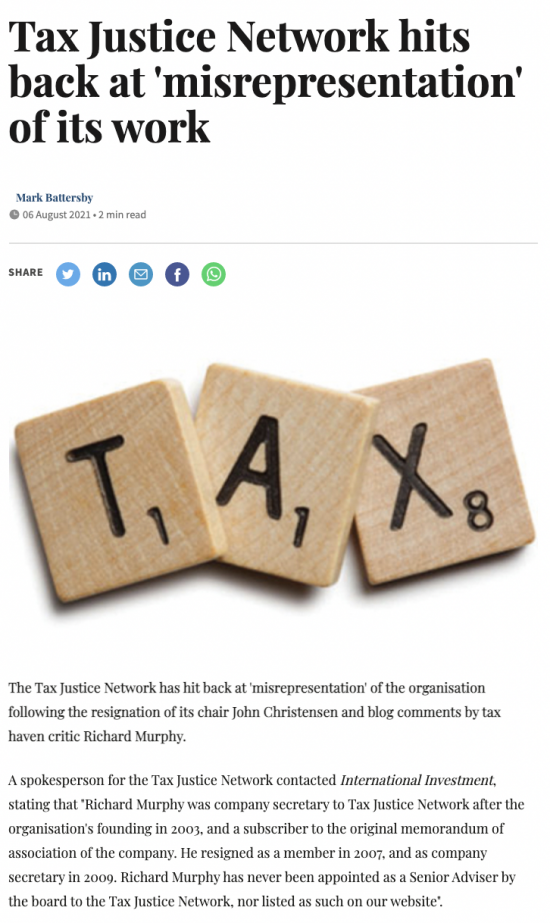 The statements he made were, of course, in response to those concerning the Tax Justice Network (TJN) from John Christensen and me, previously reported by International Investment, here. 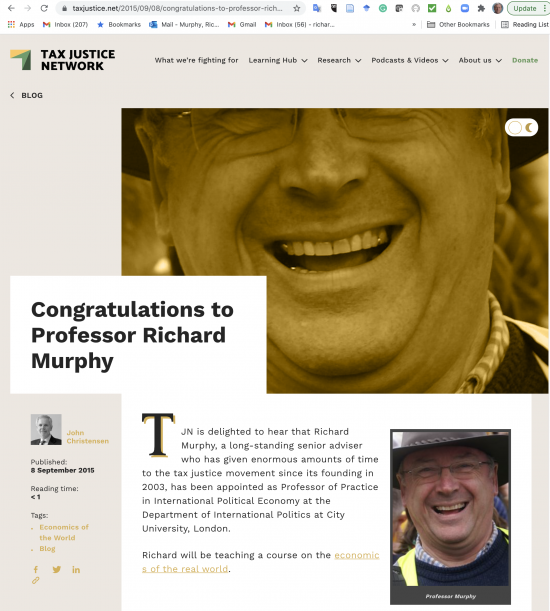 That's still live on their current website. I think it unambiguously contradicts the claim TJN has made.

But just in case that is not the required evidence of my having been a senior adviser I did a quick search on the website called Wayback Machine which is an archive of old websites (it took minutes to find what follows) and it revealed this from the TJN website archived on 5 February 2012, a date I randomly chose: 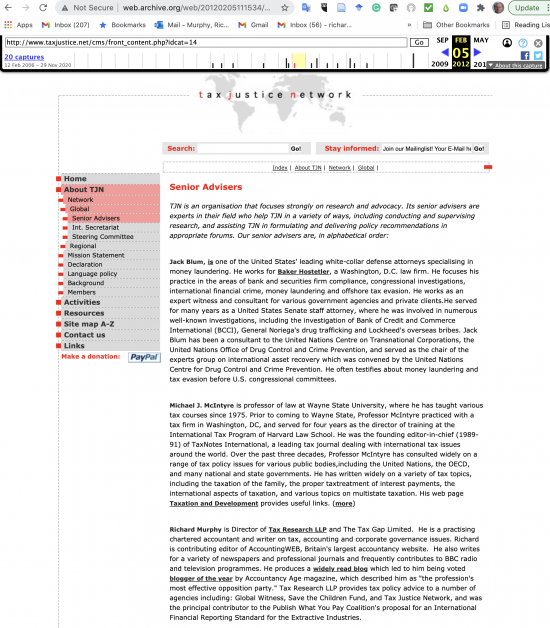 The evidence that I was a senior adviser could not be clearer. What is apparent in that case is that the claim that  I have 'never been appointed as a Senior Adviser by the board to the Tax Justice Network, nor listed as such on our website' is wrong. There is readily available and unambiguous evidence to the contrary.

Three thoughts follow. The first is that the very legalistic approach used to describe my role as an officer of TJN in the first above quoted paragraph is clearly intended to diminish my contribution. That this description does not appropriately describe what I did for TJN over an extended period is well known to anyone acquainted with tax justice.

Second, it is clear that TJN is now willing to make statements to the press about me that are demonstrably wrong.

Third, if TJN can get such a simple thing wrong then what it now has to say on anything else has also to be doubted.

As John Christensen said in his resignation letter:

At no stage did the CEO take action to provide me with a safe working environment, and as recently as last week he was still misleading staffers about what happened.

Now the press is being mislead about me.

I am not sure that a great deal more on this issue now needs to be said.

At 8.30 am on Monday 9 August the false claims made by the Tax Justice Network about me have been removed from this article by International Investment. I am entirely happy that Tax Justice Network disagrees with me: I have made it clear that I am not happy that they make false claims when doing so. I am pleased that the article has now been corrected and am leaving the matter there.