I received this letter yesterday: 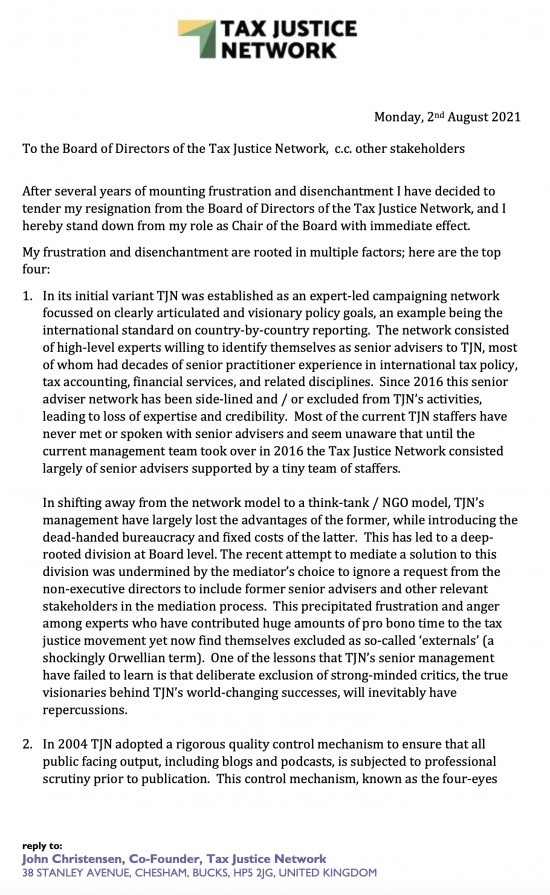 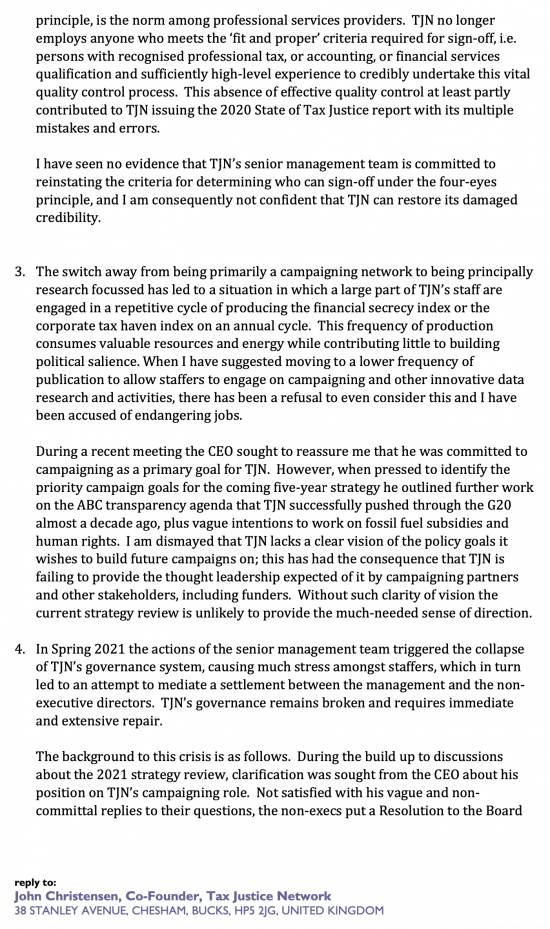 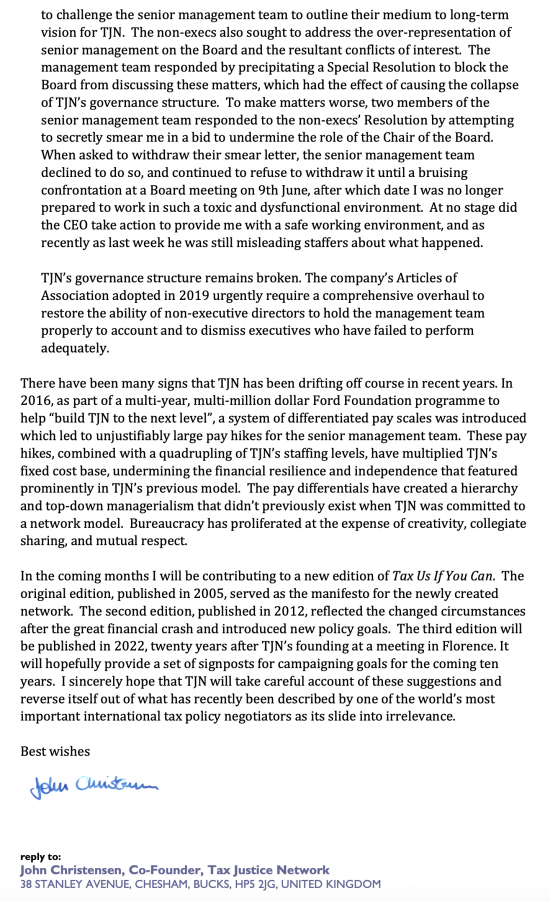 As has been apparent for some time, I have become increasingly critical of the Tax Justice Network and what I think to be its particularly destructive approach to the issues on which I once helped it campaign.

It is now clear that I am not alone in thinking this. For much of its first decade  John Christensen and I worked tirelessly for TJN, and  John stayed for very much longer as I took on new projects.  John has now made it clear that he shares my view of the state to which TJN has descended.

I am now reflecting on this. I am, of course, sorry that matters have reached this point. I know how much effort John put in to avoiding this, and how much he has suffered for seeking to improve the situation, and admire his courage in now saying what he has.

Yesterday was a sorry day for the Tax Justice Network. It was, I think, a necessary one for tax justice.