Andrew Neil was ranting (I think it's fair to say) on Twitter yesterday on Scottish independence and Scottish currency issues, so I wrote a thread in response. He's been rude to all-comers on the issue so far and no doubt he will be to me. But he will have to address some issues now, or be shown to simply be making assertions that are without foundation: 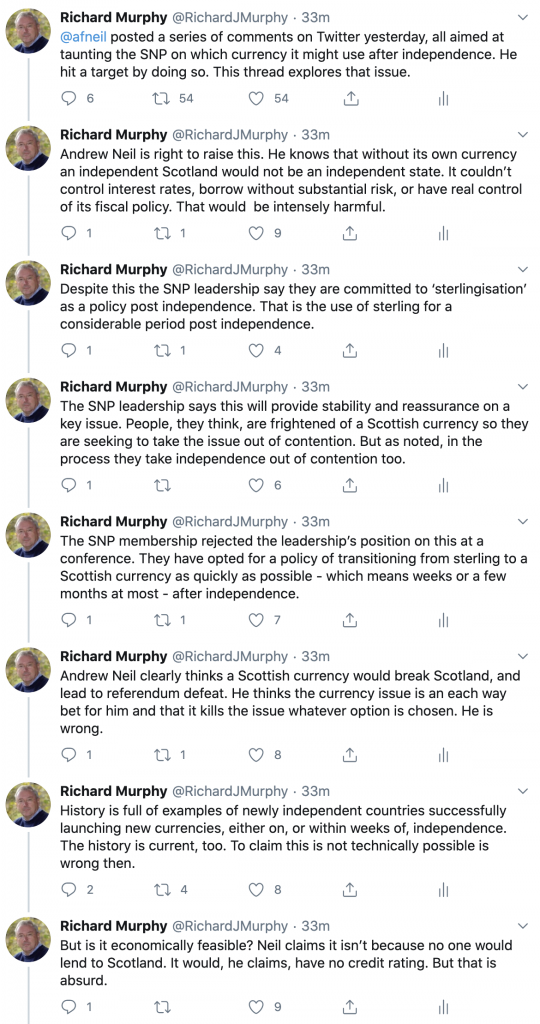 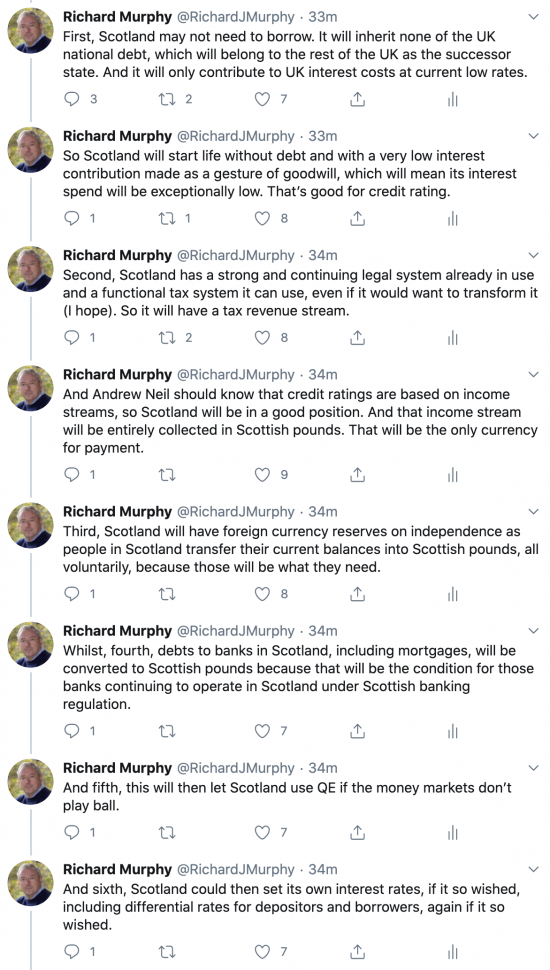 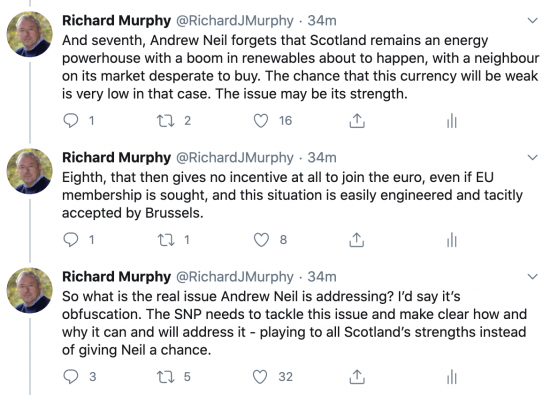 I should add one final comment. He is, of course, another BBC commentator, alongside Kirsty Wark of late, to show their complete lack of objectivity on this issue.