There is no Laffer effect in UK corporation tax: in fact, the reverse is true

For the record, this is the data on corporation tax yield since 2000: 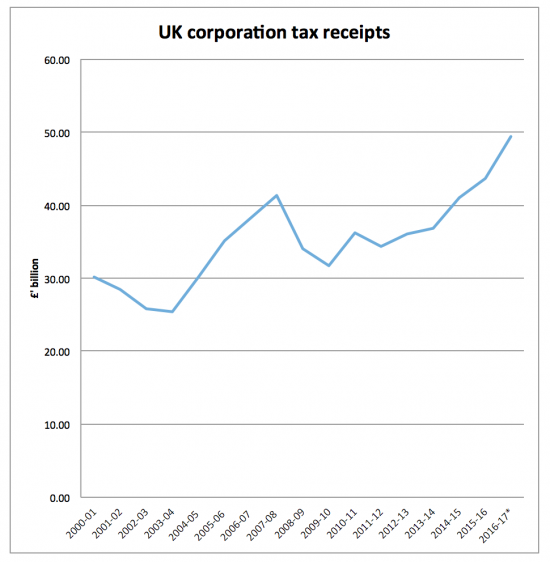 I should probably have adjusted for inflation: if I had the 2000 receipts would have been £35.5 billion and the whole chart would be somewhat flatter. But there would still have been an increase. But you'd expect that. This is the increase in the number of companies over the same period: 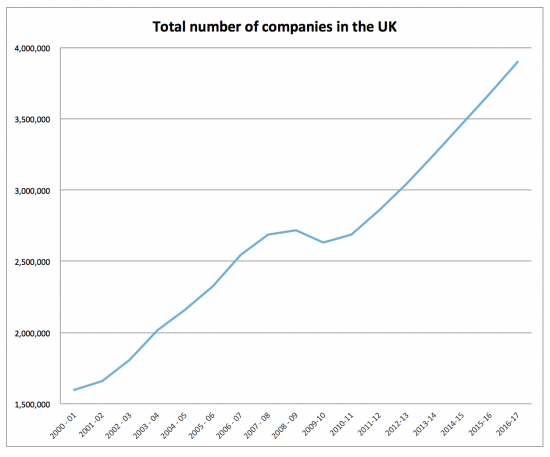 The number of companies has well over doubled.

And that means that the yield per company has fallen dramatically (my calculation based on this data): 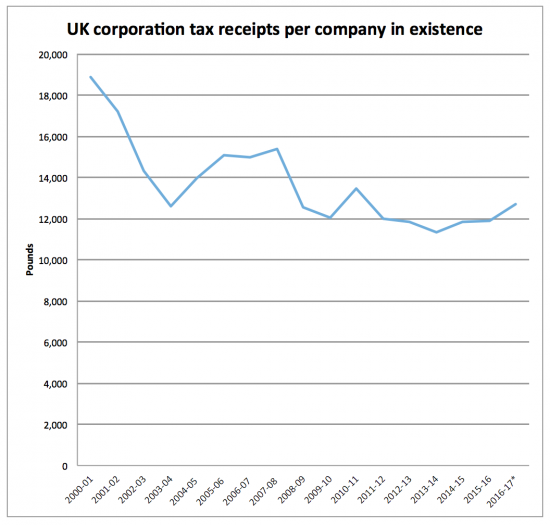 Adjust that for inflation and in current terms the 2000 yield would be about £23,000. In other words, yield per company has fallen by almost half.  But the tax rate has only fallen for a minority of companies  (less than 10%) and then by only 37%. So in fact, the fall in yield per company is greater than the cut in the tax rate, by some way.

So much for the Laffer argument that a fall in rates increases tax yield. In the case of UK corporation tax when adjusted for the number of tax payers and inflation it very clearly does not. The cut in rate has actually delivered an adjusted yield decline larger than the fall in the tax rate. Those suggesting otherwise are talking nonsense.

NB: There has been quite a lot of the usual tedious neoliberal nitpicking nonsense posted in response to this blog. I have tolerated that until 20.00 on 25.7.17 but I think there's been more than enough now and any more will just be deleted