Jersey’s black hole: still crazy after all these years

Back in 2007 I forecast that if Jersey continued with its tax haven policies it would have a black hole in its finances of £119 million.

This comes from the Jersey Evening Post this week: 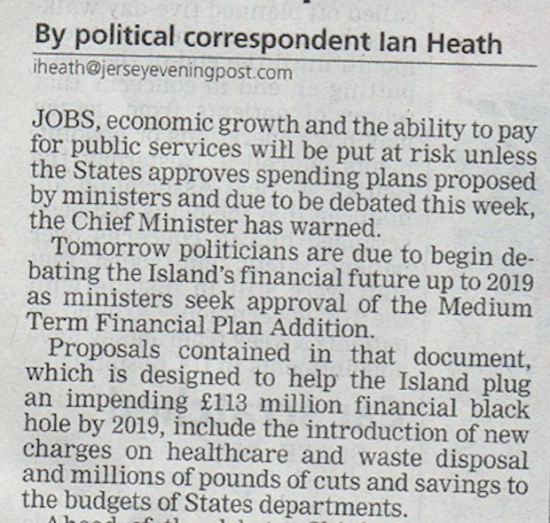 I accept that the issue has arisen later than I accepted, but it really is time Jersey admitted I was right, all along.

And what is astonishing is that despite the clear and obvious evidence that the Island's economic and tax policies have failed they are sticking to the disastrous zero / ten tax policy that ensures anyone from outside the Island using it as a tax haven pays no tax there as a result. This is what makes the Island 'competitive' according to  its finance industry inspired political leadership. That's why locals are going to have to pay a lot more for the privilege of subsidising tax abuse.

Good luck to Senator Sarah Fergusson who is opposing these plans, I say.

But in the meantime the black hole will not go away: a failed model cannot be mended by tinkering on its edges, and that is all the Island's leading politicians are doing.

PS: I have been asked if the UK can do anything about this. The answer is yes: since the UK is responsible if ultimately responsible if Jersey were to default it could intervene. But we're some way from that as yet, I suspect. Although if I was a UK minister I would be demanding a careful review of the situation.