At long last: the UK has a route to public country-by-country reporting

I mentioned the amendment to the Finance Bill proposed by Caroline Flint MP that would permit the introduction of country-by-country reporting regulations yesterday.

I am pleased to report that the amendment was passed by the Commons last night without a vote. As the House of Commons Twitter account reported: 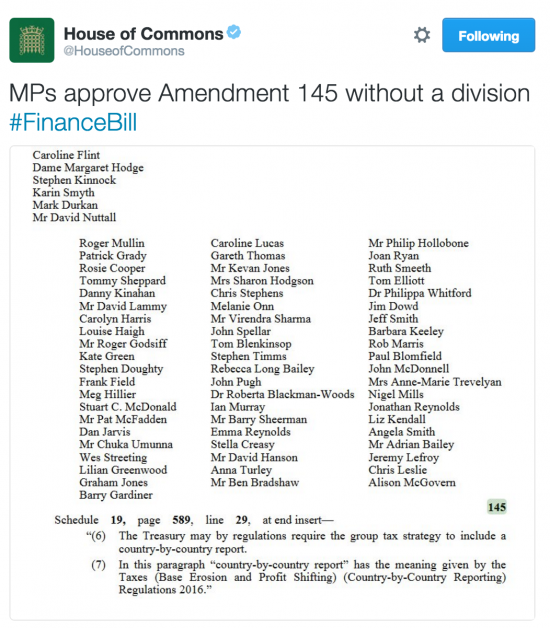 Nonetheless, my thanks to Caroline Flint and all who signed the amendment.

And my thanks to John Christensen and Prem Sikka, without whom this would not have happened, and to all the tax justice campaigners who have worked on this issue over the years.

It's only been thirteen years so far, but we're another step on the way to getting the transparency that will hold global companies to account locally for not just their tax payments, but all that they do. It's not just tax justice that requires that but social justice too.

Now the demands for the Treasury to act will grow. If they thought this was an easy way out they are very mistaken.