Jersey's statistics department issued its estimate of the island's Gross Value Added (its national income) for 2012 today. It's not a pretty story. The headline data looks like this: 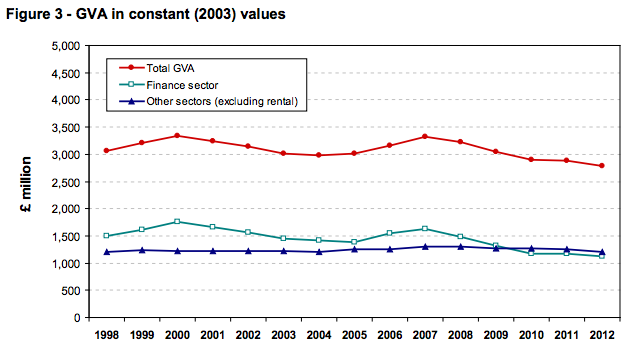 That's five straight years of decline in a row with finance leading the pack downwards.

That's actually much of the story of the last 14 years: 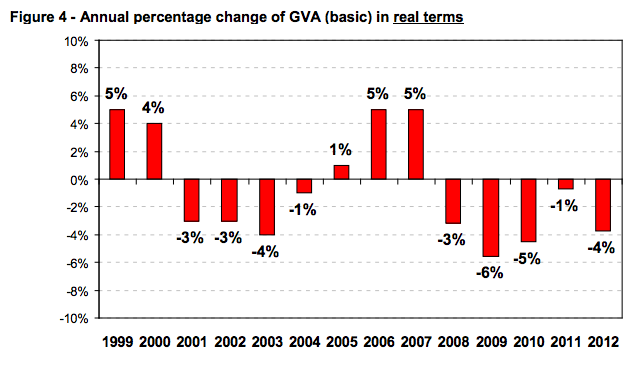 It's not hard to find people admitting that Jersey was heavily involved in tax evasion at the start of this period. It's not quite been downhill ever since, but the Brown boom years apart, that's been pretty much the case, and the trend is poor.

The result has been GVA per capita has been in decline too: 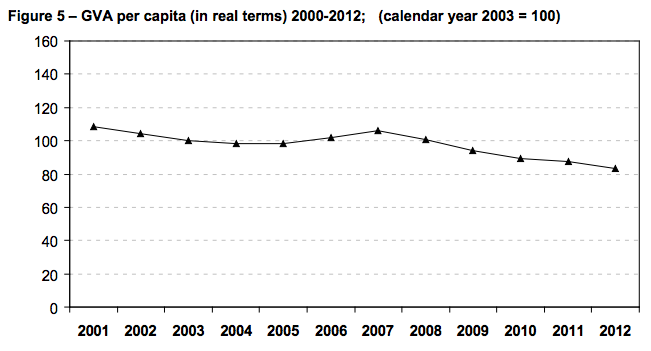 Jersey does, of course, like to put some gloss on this:

So, comparing finance sectors Jersey is not ahead, whilst the rate of decline in Jersey is much more dramatic than the UK as a whole.

So now, maybe, we have the explanation as to why David Cameron and his team are suddenly becoming the unpaid salespeople for Jersey. The UK is financially liable for Jersey. If it continues to sink - as seems inevitable - we pick up the bill. Maybe he's realised it might be coming home to roost sooner than he feared.

What's also clear is that the tax haven model is broke: Jersey has committed itself to an industry that can only now lead it up a blind alley towards decline.

When will people realise that?