Is Cyprus a secrecy jurisdiction? You bet it is

In 2009 and 2011 (and again, later this year) the Tax Justice Network has conducted an in-depth analysis of the worlds's secrecy jurisdictions, basing its work on over 200 variables, all in turn coming from accredited sources. The result is the Financial Secrecy Index that combines an opacity measure with a weighting based on the volume of transactions a location manages to come to an overall ranking.

One of the locations surveyed in Cyprus. The 2011 report for Cyprus headlined as follows: (Some say that link won't work so try this, in case: http://www.secrecyjurisdictions.com/PDF/Cyprus.pdf ) 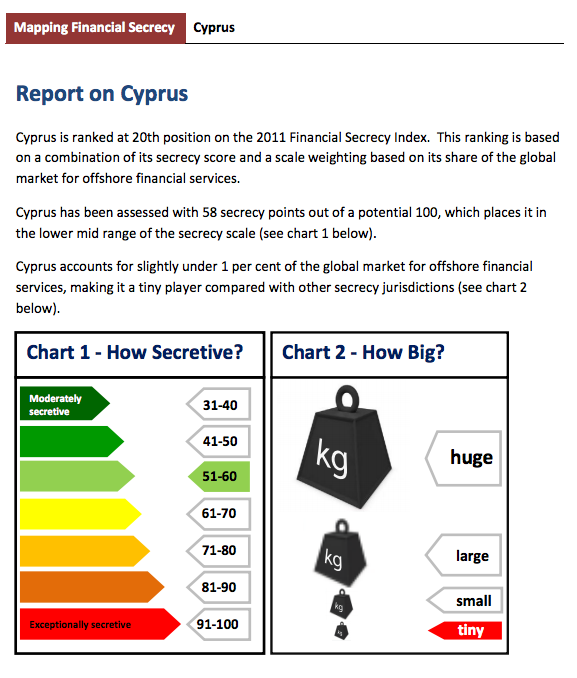 So might I politely suggest to all those who are denying Cyprus was and is a tax haven / secrecy jurisdiction that they have simply got their rational analysis wrong?