I campaigned for automatic information exchange from tax havens for a long time. Perhaps my most important paper on the issue was published in 2009. It was written after a meeting at the Treasury where I was told data exchange from tax havens would not happen in my lifetime and I set out to explain how it could, and how the data in question might be used.

We eventually won automatic information exchange. The OECD driven Comprehensive Reporting Standard began reporting in 2016 and has been fairly effective on a widespread scale since 2018. It takes time for reform to happen: this is one that can be very largely attributed to pressure from the Tax Justice Network during the era that John Christensen and I ran it.

Now Dan Neidle has secured data from HMRC on the level of funds held offshore. The data looks like this: 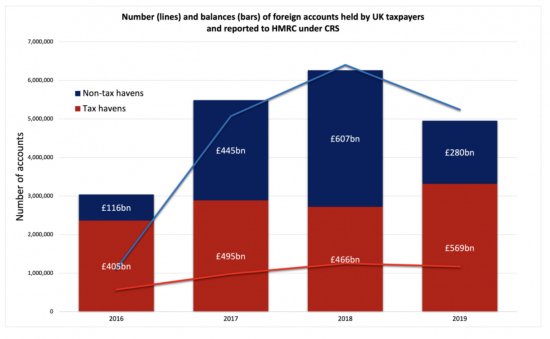 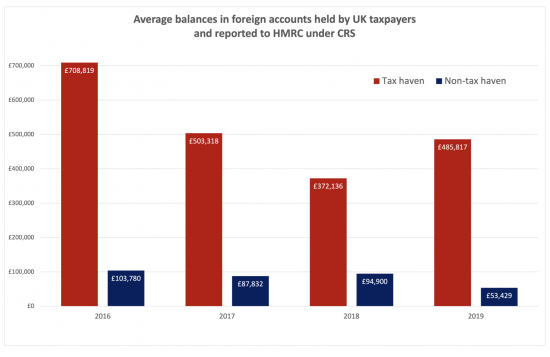 So, we now know we were right to be concerned. Around £570 billion is held in tax havens. You might expect that to yield a useful tax return each year, split between tax on income and gains.

But, as Dan Neidle discovered, HMRC has no idea how many of these accounts are properly declared, and nor has it sought to find out. It's as if they don't care. Instead, they are actually offering excuses, suggesting for example that most such accounts are probably held by non-doms and therefore not a concern, when in itself that is simply not true.

As Dan correctly points out, it is not possible to be sure what tax is lost as a result of this indifference by HMRC. It is their job to work this out. But we can be quite confident most of the accounts are not held by non-doms: there are just not enough of them.

So, what to conclude?

First, HMRC is not trying to collect tax owing.

Second, there is no one holding them to account for that.

Third, no wonder we have growing inequality in the UK.

Fourth, no wonder too that we have a tax gap that is out of control.

Fifth, there can be no political direction on this. Clearly, ministers have never asked.

I hope that pressure is brought to bear as a result because right now it is apparent that HM Revenue & Customs really do not want to collect tax from the wealthy.