As I mentioned a couple of days ago, Danny Blanchflower and I have written a feature for The Mirror on how to get out of the economic crisis we are in. It is out this morning: 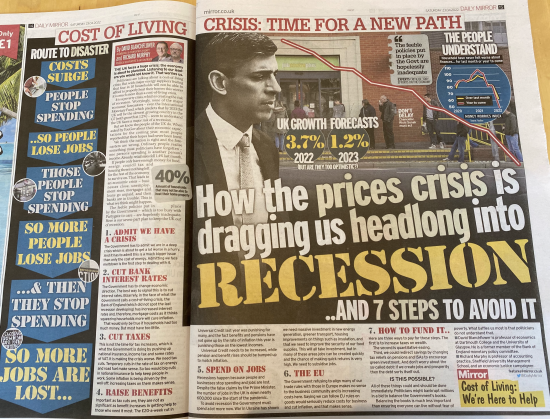 I especially like The Mirror's explanation of the multiplier on the left-hand side.

What do we say? In seven parts, it's this:

As we argue, all of this is possible. But is there the political will? Time will tell.