Appeasement is not a policy that works with the far-right. History taught us that. How many times have we got to learn it again?

This is a headline from The Telegraph yesterday:

There is every reason to think that the editors got to the actual article between it being submitted and publication. Paul Nuki, its author, is considerably more pessimistic on Twitter: 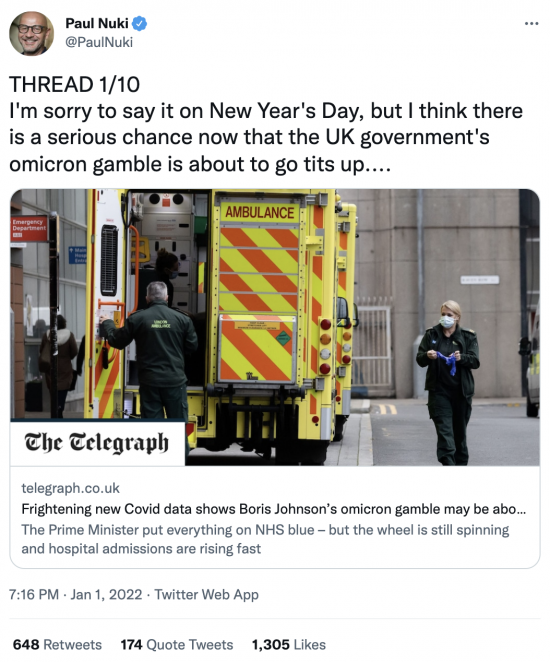 The Telegraph gets it. It's likely that Johnson has got this stage of the pandemic wrong, yet again. He should have acted two weeks ago, when I wrote this: 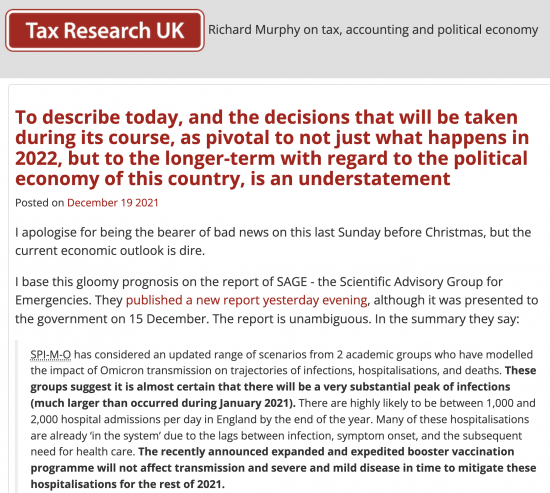 Johnson did not act. He 'saved' Christmas instead.

He is not acting now. He's 'saving' education instead.

Sunak has not acted. He's 'saving' the Treasury's money instead.

And we face the most massive immediate crisis as a result. There is evidence that one in ten people who get omicron many get long Covid, with massive consequences.

These people are saving nothing. Polls, thankfully, suggest that they are not even saving their own political futures.

In the meantime, many people will suffer wholly unnecessarily to appease the idiots on the right-wing of the Conservative party.

Brexit was meant to pacify them. It didn't.

Now Covid inaction is meant to pacify them. It won't.

And we can have no doubt that climate inaction will be designed to pacify them too. And that will not work either. Destruction is their aim.

Appeasement is not a policy that works with the far-right. History taught us that. How many times have we got to learn it again? We need to do so. When it comes to climate it would be too late if we did it again.