As October’s trade data makes clear, Brexit is not working

I have already noted one aspect of the ONBS press releases, issued this morning, on the economy in October.

There was another dimension to the story. Look at these tweets: 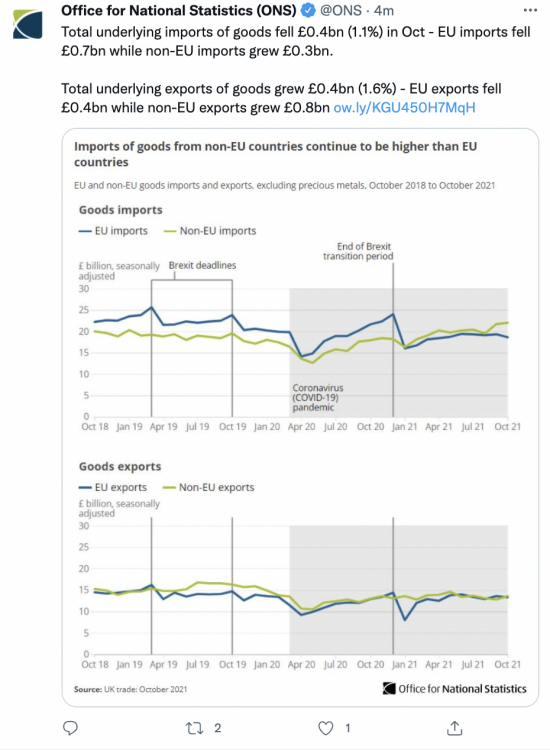 Brexit is so obviously not working that it is written all over the figures.

When the history of this era is written the very obvious question is going to be asked, which is why on earth did the UK decide to spite itself by undermining trade with its closest neighbours in a vain attention to close down what it thought to be the undesirable part of migration from continental Europe, which increased as a result?

No one will ever be able to provide a rational answer. There isn't one.