The government has borrowed £26 billion less this financial year than it forecast in March. So what is the £10 billion NIC increase all about?

Government 'borrowing' (or money creation as I would prefer to think of it) from April to July this year amounted to £78 billion against an estimate published in March 0f £104 billion, as this chart from the Office for National Statistics shows: 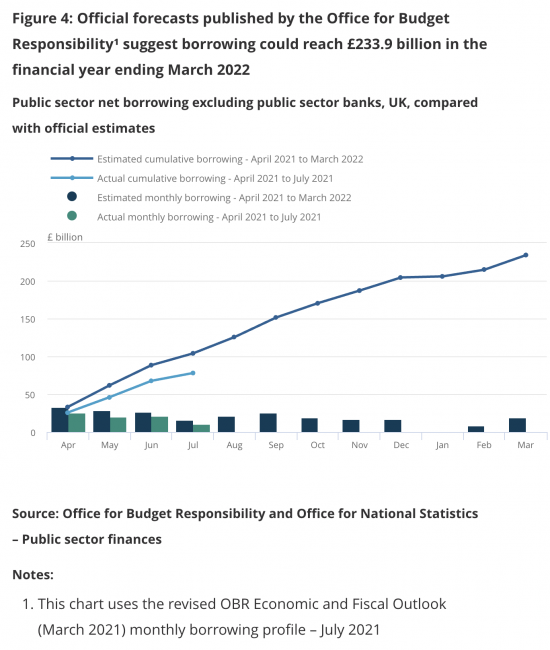 Thye planned £104 billion was apparently sustainable. That's hardly surprising: the deficit was covered by the Bank of England quantitative easing programme and did not really increase national debt at all in that case.

The actual borrowing is £26 billion less than that.

But we apparently require £10 billion if the NHS is going to have the funding it needs.

As is readily apparent, there is no need for that £10 billion tax increase. It is simply, not required. The cost of the NHS funding can be absorbed within existing budgets without detriment arising.

So what is this all about?