I noted yesterday that Danny Blanchflower and I have formed a grouping that we are calling the Mile End Road economists. It's just us right now. Who knows what will happen?

Why the Mile End Road? Partly because it's a bit of London both of us are very familiar with. Partly too for a much more symbolic reason. As Wikipedia notes (and it will do for this purpose):

Mile End is recorded in 1288 as La Mile ended. It is formed from the Middle English 'mile' and 'ende' and means 'the hamlet a mile away'. The mile distance was in relation to Aldgate in the City of London, reached by the London-to-Colchester road.

The important point is simply this: just one mile from Aldgate, which is at the heart of the City, here was a very different place. So different that as Wikipedia also records:

In 1381, an uprising against the tax collectors of Brentwood quickly spread first to the surrounding villages, then throughout the South-East of England, but it was the rebels of Essex, led by a priest named Jack Straw, and the men of Kent, led by Wat Tyler, who marched on London. On 12 June, the Essex rebels, comprising 100,000 men, camped at Mile End and on the following day the men of Kent arrived at Blackheath. On 14 June, the young king Richard II rode to Mile End where he met the rebels and signed their charter. The king subsequently had the leaders and many rebels executed.

Here then was a place where Kings were called to account, but showed themselves unaccountable.

Why does that matter? Because Danny and I are interested in three things.

The first is the view from beyond the City, informed by what Danny has called 'the economics of walking about', which is based on the idea that he notes in the paper that people know when things are getting bad, and you just have to ask them to find out when that is. It's something I also do, often.  This view challenges the hegemony of financial interests, putting in its place the view of the person in the street. Those perspectives are usually very different on a great many issues.

Second, there is a demand for transparency requiring that those who advocate declare their conflicts of interest created by their funding and associations. Accountability is key.

And third, there is something else, which is that people should explain why they might want something to happen and its consequences. It's not enough, for example, to demand that interest rates rise; full consideration of the consequences and for whom they might arise has to go with any such demand, with justification given for the losses imposed. That's about accountability as well.

Those are all themes that can be linked to the Mile End Road. But the group name 'Mile End Road Economosts' implies other connotations. That name can be abbreviated to MERE. Look in the dictionary and mere means:

We think that ordinary people are not mere, even if this government does.

We think mere people should be sick at what the government is merely thinking of doing to them post-Covid.

And we're going to say so.

The mere idea of that may appal some. I think it fair to say that we rather hope so. 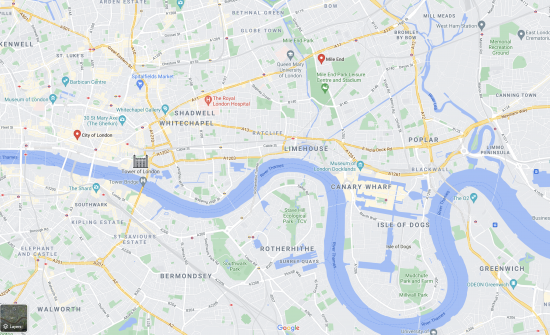 PS And Danny did his PhD at Queen Mary, University of London, which is on the Mile End Road.