The Global Initiative for Fiscal Transparency (GIFT) has now published the final version of a report I have written with Prof Andrew Baker of the University of Sheffield which has the title 'Making Tax Work'. 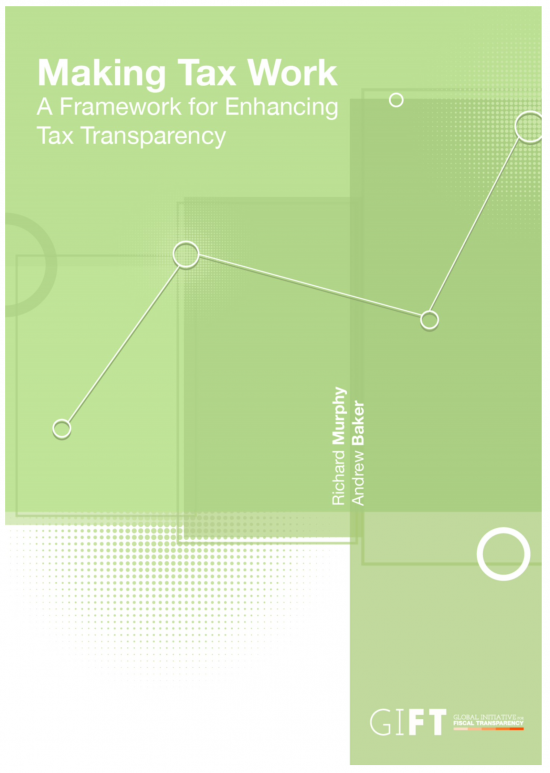 The Making Tax Work ( MTW ) report sets out a case for achieving greater transparency in the governance and management of national tax systems. It identifies a variety of mechanisms and pathways for achieving that outcome, with the aim of informing the efforts of the wider international community in that endeavour. MTW identifies the responsibilities and obligations of governments, the levels of transparency they should aspire to, the role of international organisations in assisting and facilitating these processes, and how a variety of stakeholders could be involved in and benefit from enhanced tax transparency, including governments and their revenue agencies. Download the full copy of the report here.

The case develops around ten principles for tax transparency, which we suggest to be:

It is our belief that tax justice requires there to be data to be done, to be seen to be done, and to develop. This is the basis for the call for tax transparency.

The work now moves to its next stage, when the use of this thinking is discussed later this month. GIFT supports programmes on fiscal transparency in around 20 countries at present. It is primarily backed by the International Monetary Fund and World Bank.