Transparency International published this post today, and I cross-post from there as a signatory referred to in it:

Sixty-two civil society organisations and trade unions today sounded the alarm over plans to significantly water down EU legislation that would force multinational companies to disclose, on a global, country-by-country basis, where they pay their taxes (so-called public country-by-country reporting or CBCR).

EU Member States recently brokered a breakthrough on the issue following years of deadlock, but the draft directive being negotiated with the European Parliament contains serious shortcomings that would render the plan meaningless.

This contrasts with current developments on tax transparency in the USA, and signals that the EU has gone from a global leader to a global laggard, seriously undermining public and global confidence in the EU’s ambition and credibility on these issues. The U.S. Congress recently introduced legislation that would require full, public, and global country-by-country reporting. This legislation is advancing in the House and Senate. If the U.S. legislation becomes law, the EU, under the Council position, would be behind the U.S.

The draft currently being considered by negotiators from the EU institutions would require multinational companies to disclose their tax payments, but only those made in the EU and in countries on the EU tax havens list — a political list that does not include significant tax havens. Payments in large swathes of the world would be exempt from the new rules.

This means that citizens would remain largely in the dark on the aggressive tax planning strategies of many large companies. The data from the reporting would be ineffective to analyse potential tax avoidance schemes. It likely would also have the perverse effect of companies deciding to move parts of their tax planning outside the EU to avoid the disclosure requirement.

As the world seeks to recover from the social and economic crisis caused by the COVID-19 pandemic, the fight against tax avoidance will play a critical role in ensuring an effective and sustainable recovery that enjoys public confidence.

Genuine public CBCR, that covers all of multinationals’ global operations, is an essential tool in achieving this. Experience with the banking sector, which has been subject to public country-by-country reporting since 2015, shows public CBCR to be both proportionate and effective.

The undersigned organisations cannot support the half-hearted text currently on the table. We call on Member States and on the Portuguese Presidency of the Council to reach an ambitious agreement with the European Parliament.

The EU legislation should include a requirement for worldwide reporting by large companies and close existing loopholes. EU citizens deserve nothing less.

A letter setting out our concerns in more detail has been sent to EU Member States. 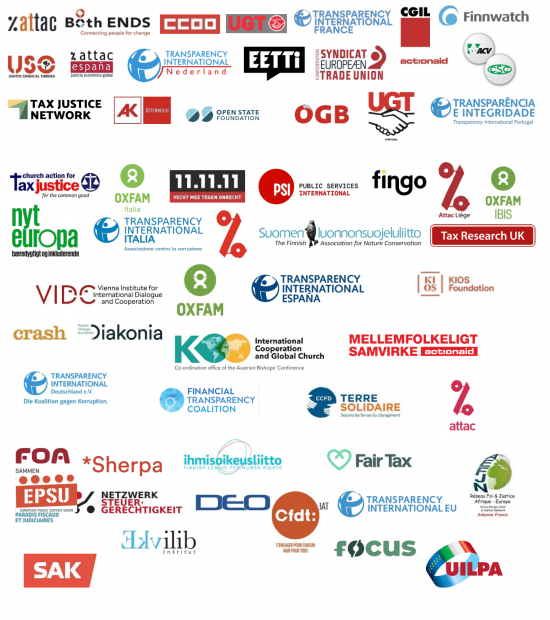