The government has gifted the reason for its own downfall to its opponents. Now they should take advantage of it

As I mentioned yesterday, I put out a series of questions relating to corruption on Twitter over the last 24 hours. I retweeted the opening tweet four times during the day. The polls are still open as I write (just) but by this morning more than 3,000 people had voted, slightly to my surprise as I had not tried doing anything like this before.

I rather hoped that when designing the questions I was not too leading, but I have to accept that my Twitter audience may not be representative of all of society. Nonetheless, the overwhelming evidence of strong, and very consistent opinion on some issues was clear indication of real concern. This was especially true when a couple of questions were deliberately included in the hope of showing that consistency was unlikely on all issues, which proved to be the case.

The opinion that our government is corrupt seems to be overwhelming: 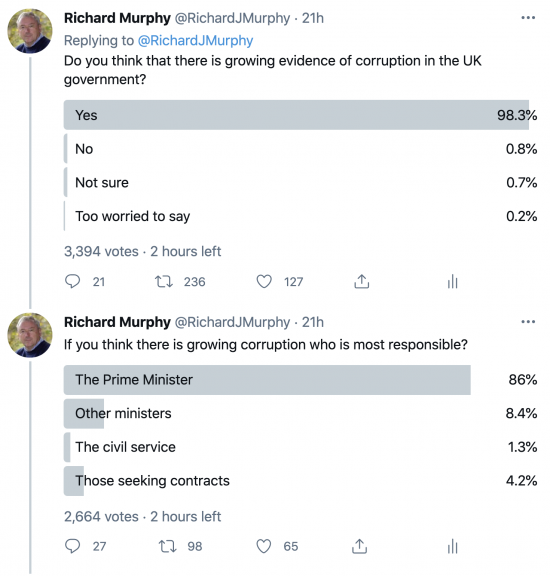 The consensus would appear to be that we have a corrupt government and that this is the responsibility of the Prime Minister.

What seems to also be clear is that people think Covid 19 has been exploited to permit corruption: 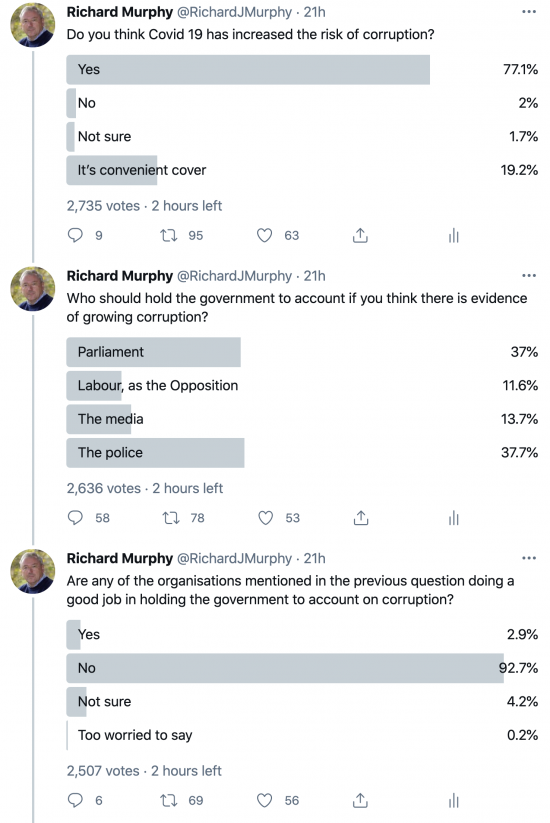 That last statistic is worrying: people feel that too little is being done about corruption, although there is a range of opinion on who should be acting.

Jo Maugham comes out of this well but most people do not think we should be relying on crowd sourced law enforcement: 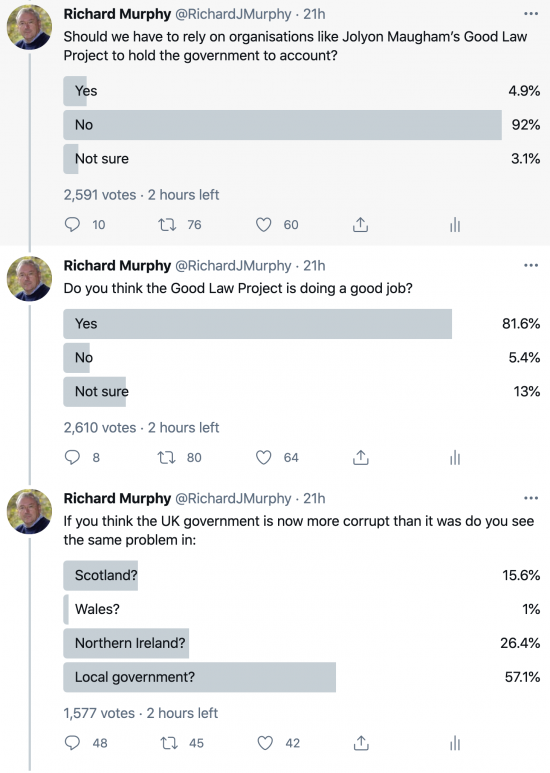 The question on whether corruption was to be found elsewhere got only half the responses of the first question. There was no 'I don't see this problem elsewhere' box because Twitter only allows four choices. I am reading the non-replies as saying that.

There is widespread agreement that the Opposition should be making a big deal of this: 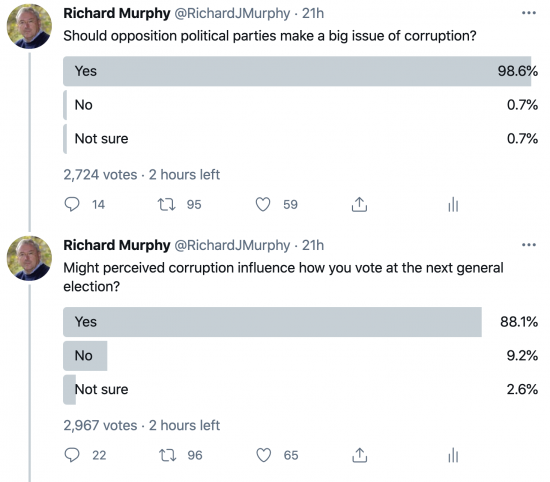 Comments suggest that the 9.2% would never have vote Tory anyway.

So what does this say, given that I stress that this cannot be considered a representative sample, although it may reflect opinion on what might broadly speaking be considered to be the left of centre?

First, this is a big issue.

Second, people are fed up about it.

Third, it has the capacity to seriously hurt this government.

The suggestion that this government is anything but corrupt can, I think, be dropped now. There is widespread belief that it is.

More than that, all political opponents of it should now be saying so, time and again, most especially after yesterday’s government whipped vote against a proper inquiry into the Greensill affair.

The government has gifted the reason for its own downfall to its opponents. Now they should take advantage of it.