The Corporate Accountability Network, which I direct and which is taking up more and more of my working time, was one of the 79 signatories to a letter on the above issue sent to the MEPs leading negotiation on this issue right now. The EU has now agreed to have public country-by-country reporting, but there are still arguments being put forward to severely restrict its scope, and so undermine its usefulness. We hope that the European Parliament will resist these demands. 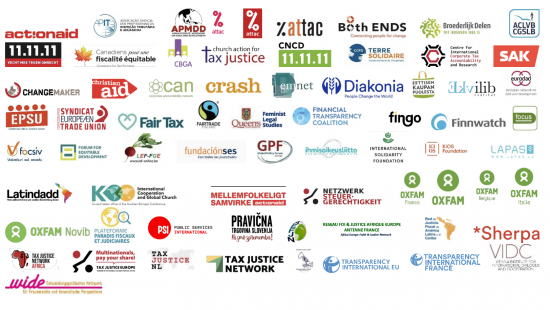 The letter was as follows:

Please find attached a letter signed by 79 civil society organisations, trade unions and networks from across Europe and all regions of the world expressing our support for the European Parliament's defence of meaningful transparency and urging you to stand firm.

The socio-economic crisis caused by the Covid-19 pandemic has made the fight against large-scale corporate tax avoidance even more vital and urgent. Effective measures to combat this problem, which costs our societies billions of Euros in lost tax income every year, are an essential step on the road to a sustainable recovery. Public CBCR can be a strong tool against corporate tax avoidance, but only if corporations are obliged to disclose information on a country-by-country basis for all countries of operation. Any limitations to the geographic scope and disaggregation of reporting fundamentally undermines the objective and effectiveness of this important corporate transparency proposal.

We have welcomed and supported the European Parliament’s position in favour of rules that oblige large multinationals to report on activities in all countries of operation and we urge you to persist in demanding full public CBCR in trialogue negotiations. We will continue to support the fight for meaningful public CBCR and we call on you to maintain the Parliament’s position on disaggregation and insist on a Directive that requires disclosure for all countries of operation on a country by country basis. This element of negotiations will decide if the EU delivers real and effective transparency, or a Directive that is public country by country reporting by name but not in practice.

Therefore, we have raised strong concerns about the proposal put forward by the European Commission and supported by the Council of EU Member States, that would limit companies’ disclosure to activities in the EU and non-cooperative jurisdictions. Such limited reporting would fail to deliver transparency and would provide an incomplete picture of large multinational corporations’ practices, as well as entirely undermining the value of the public CBCR data. This limited approach could provide a perverse incentive for large multinationals to restructure some activities outside the EU to avoid reporting obligations, whereas full public CBCR will concretely contribute towards a fairer playing field for small and medium enterprises. Full public CBCR would also ensure that developing countries can access CBCR data that includes information about large multinationals’ activities in their countries, addressing the unequal access to information secret CBCR data they face through the exchange of information systems[i].

Full public CBCR is gaining ground and support, and has already proven to be successful. Last year, the world’s largest voluntary sustainability reporting body, the Global Reporting Initiative (GRI), adopted a new standard introducing public CBCR for all reporting companies[ii]. Investors with trillions of euros of assets called on the OECD to align its own standard with the technically superior GRI standard, confirming the importance of this data for wider stakeholders.[iii] At the same time, the EU’s own positive experiences from the existing mandatory public CBCR requirements for the banking sector[iv] have demonstrated the beneficial effects and allayed concerns about the impact of this important transparency measure.

The EU has previously played an important leadership role in corporate transparency, and such leadership is needed now more than ever. It is time to ensure that multinational corporations report on a country by country basis for all countries where they operate, and that loopholes which allow corporations to delay or avoid reporting are not introduced into the proposal.

Yours sincerely,
Olivia Lally on behalf of

CRASH – Coalition for Research and Action for Social Justice and Human Dignity, Finland

WIDE - Network for Women´s Rights and Feminist Perspectives in Development

[i] A summary of civil society concerns about non-public country by country reporting can be found in this submission to the OECD BEPS Action.