This Tweet from MMT professor Dirk Ehnts is well worth sharing:

I have been playing with the sectoral financial balances today, with data prepared by the @stlouisfed. The result is a very nice figure, which is accessible to all. Just click on the link below. h/t to @CZimm_economist https://t.co/eryR0Otm2A pic.twitter.com/gR47VaD49g

In effect the sectoral balances simply say that all cash is debt, and so if someone owes, someone must be owed. Put this in the context of deficits and the logic is that if the government is in deficit someone must be in surplus.

The above chart is for the US. The government is in deficit. Households are massively in surplus, the overseas sector, a bit.

Karl Just added this for Germany: 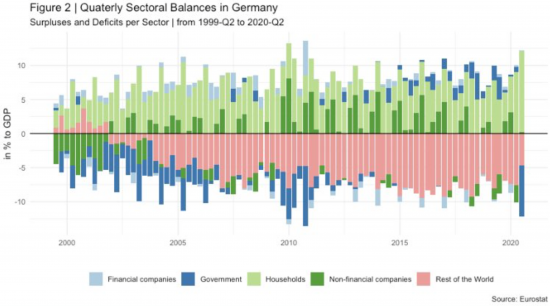 There. the government is in deficit, but the rest of the world also runs a deficit with Germany (which is what Germany thinks is normal, but is not) and households run massive surpluses right now.

In the UK it is different again, taken from the OBR review last November: 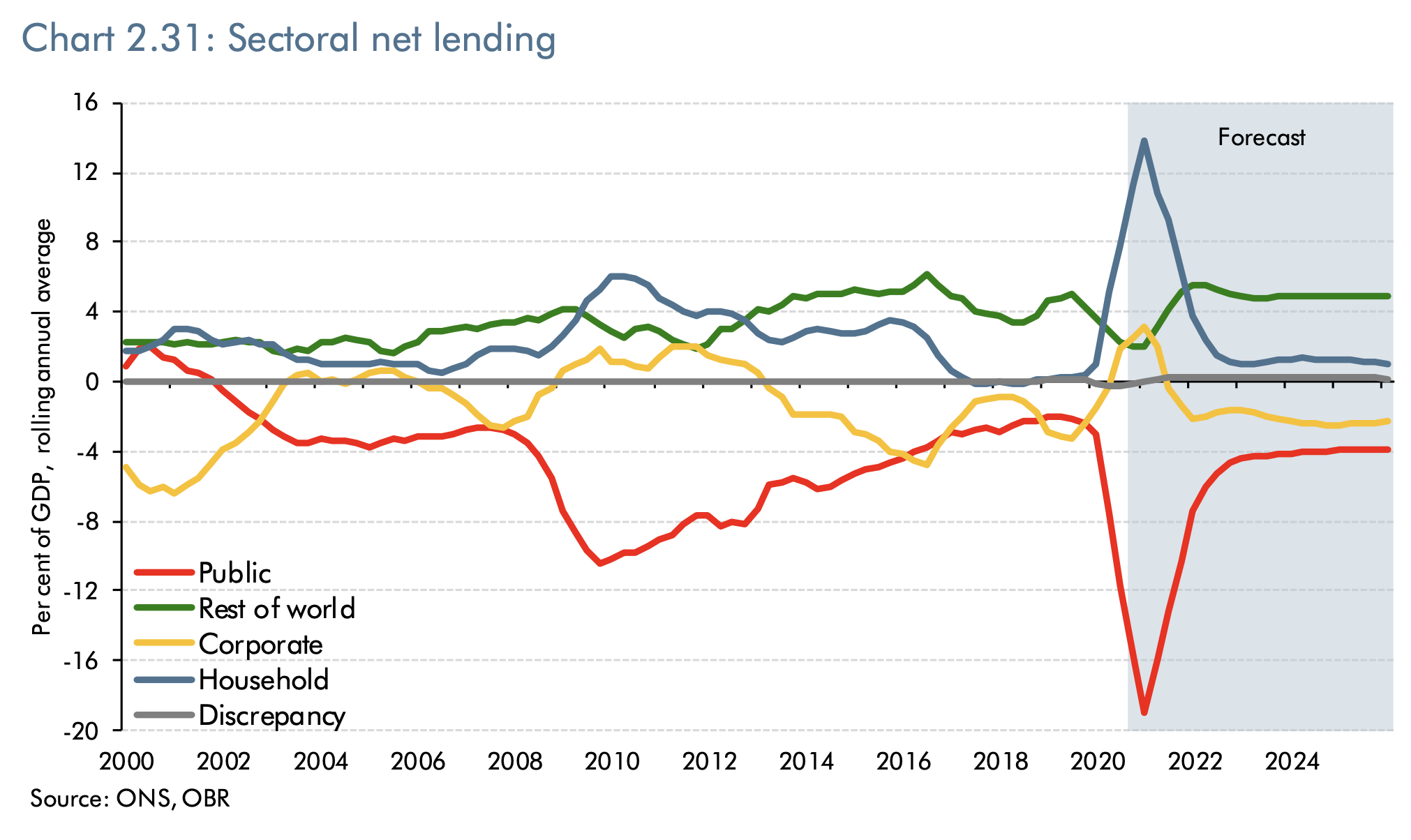 We are more dependent on the rest of the world than the other two countries.

But the point is clear in each case: deficits create surpluses. The question now is how they are managed post coronavirus, because that will be essential, because the management of the inequality implicit in them is much more important than any debt issue within the state sector.