Brexit will make it a nightmare for British musicians to perform in Europe. So much for Brexit creating new freedoms: all it can do is destroy major parts of our economy

I thought I'd share this thread from the conductor and musician Howard Goodall on Twitter, which tells one of the real stories of Brexit: 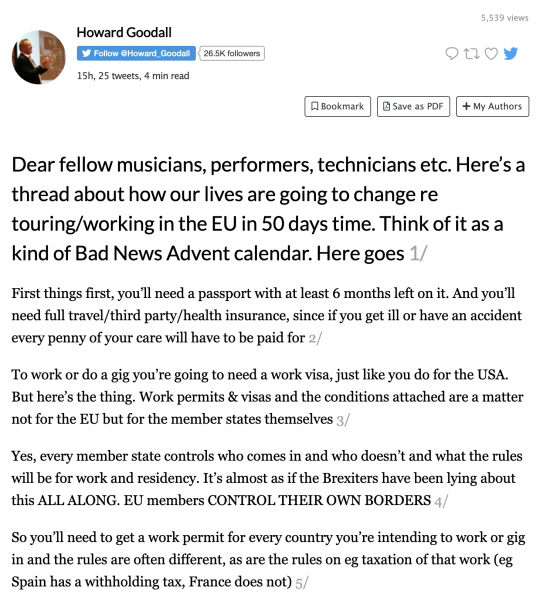 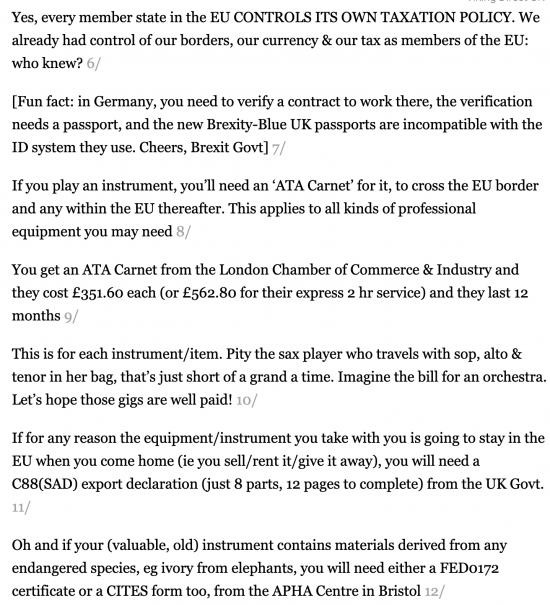 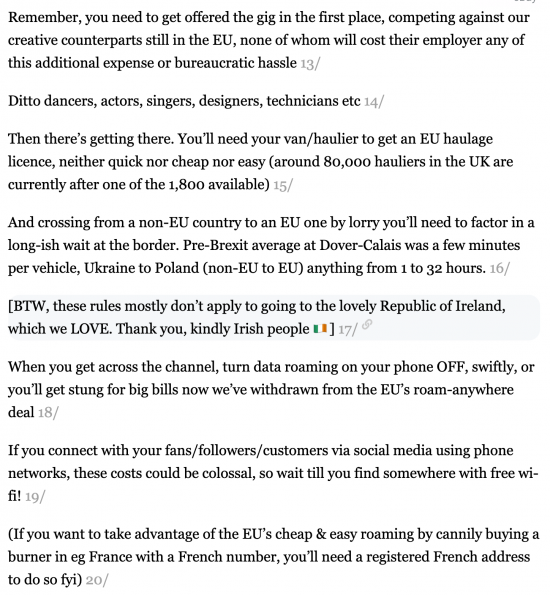 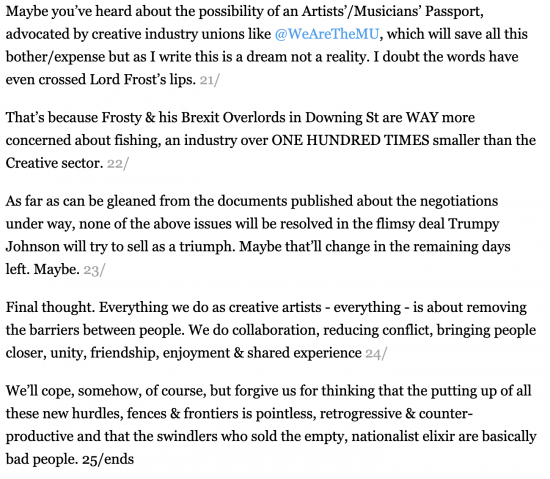