The Resolution Foundation has a new report out this morning on the job market and the impact of furlough.

As they note, unemployment is now increasing heavily, most especially amongst the young: 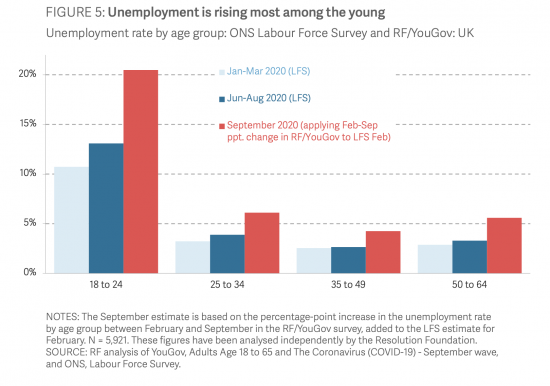 Tellingly, in September 18% of those who were employed at the start of the coronavirus are still impacted: 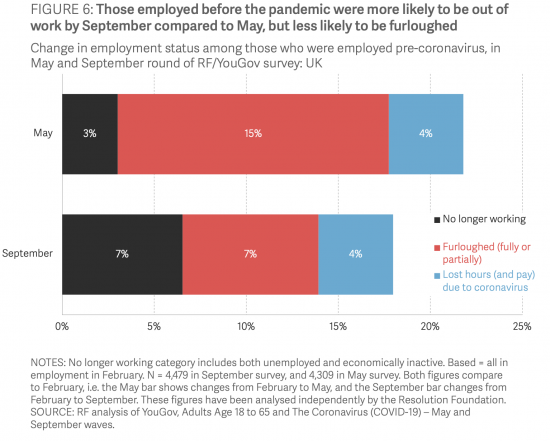 It is no surprise that those already least well off are worst hit: 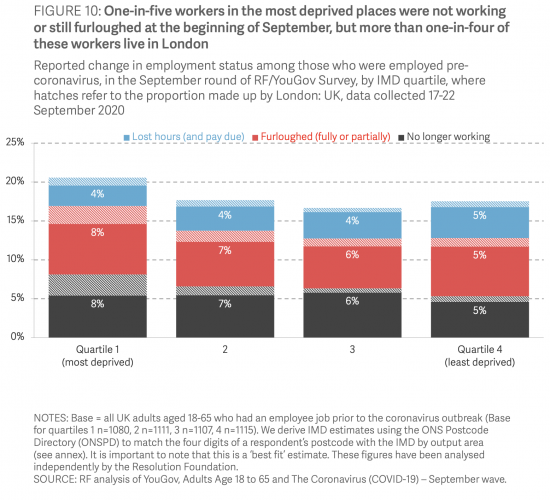 The number of those still furloughed was falling: 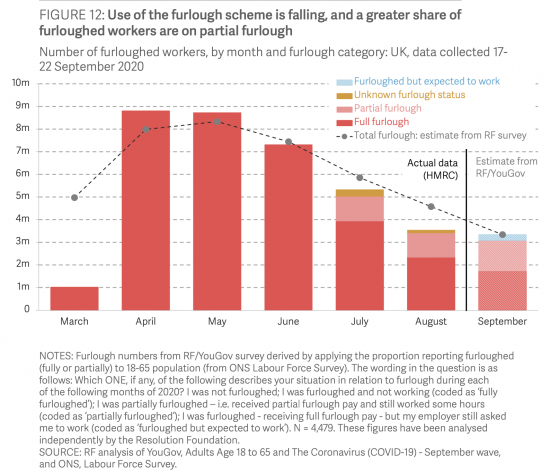 I would expect a very rapid upward change if that were now possible. 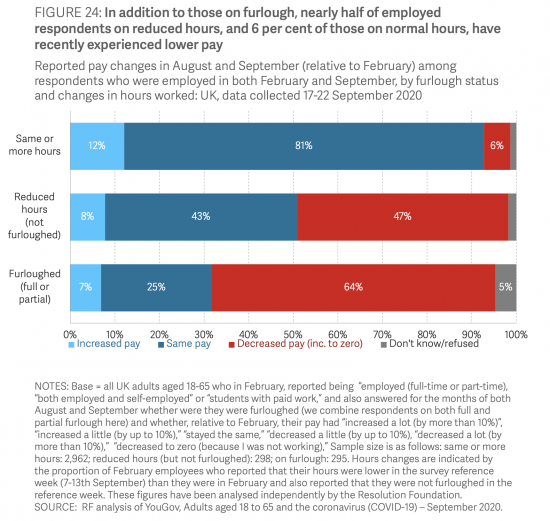 That finding is replicated amongst the self-employed, where things look very tough: 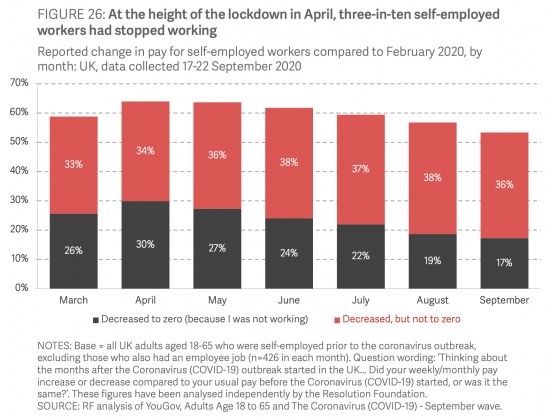 In that case this outcome is unsurprising: 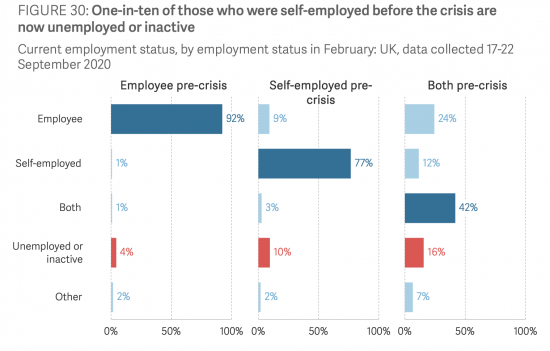 It's also unsurprising that finding a new job is getting harder, most especially if you are young: 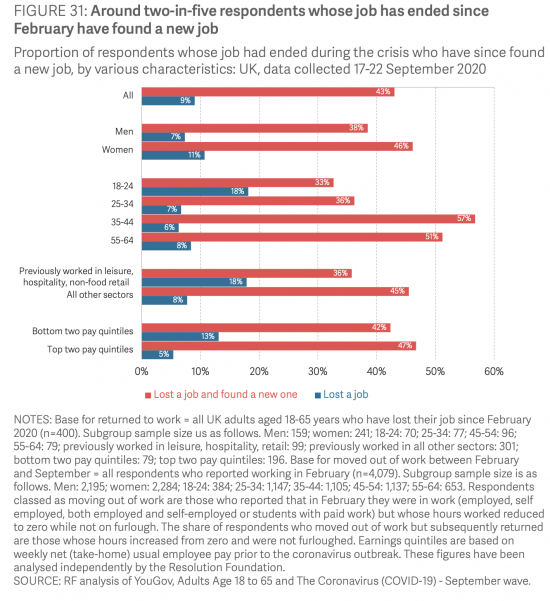 I wish that this were not true: 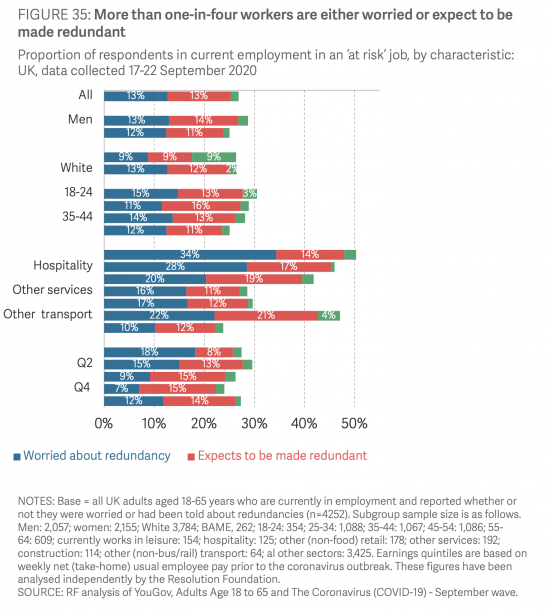 So what to conclude?

The Resolution Foundation takes the view that the last chart - those told they face redundancy - is telling and that risk could be of this order. That means well over 10% additional redundancy is likely - with the self-employed contributing a significant additional number. All told that is easily 3 million or more jobs at risk, making my forecast of more than 5 million unemployed look uncomfortably possible.

The Resolution Foundation make these recommendations:

These seem tame to me.

We need a job guarantee.

We need work creation, and not just in care.

We need the investment to make that work meaningful.

We need to support all the unemployed with realistic provision whilst they cannot work through no fault of their own.

Nothing the Resolution Foundation comes close to achieving those goals, but they are stuck in a deficit mindset and think modern monetary theory wholly unrealistic.

Until we change the narrative on spending the people of this country are going to suffer.

Johnson and his Cabinet have tens of thousands of lives lost for which they are responsible.

Economists living in fear of deficits will have many more, and millions of livelihoods that they will need to account for one day, lost because of their deficit fixation.

Never doubt the power of ideas to destroy lives and livelihoods.

And to also create them.

There is a battle of ideas to be won. The Resolution Foundation set out why, but offer no real solutions because they are terrified of debt.