The FT reported yesterday that:

The leaders of the Big Four accounting firms have come together in an unusual joint initiative to unveil a reporting framework for environmental, social and governance standards.

The move – spearheaded by the International Business Council, run by Brian Moynihan, chief executive of Bank of America – aims to encourage the 130-odd large global companies in the IBC to adopt the standards for their 2021 accounts.

The FT did not, as usual, provide a link to the document about which they were reporting, so I hunted it out. This is it: 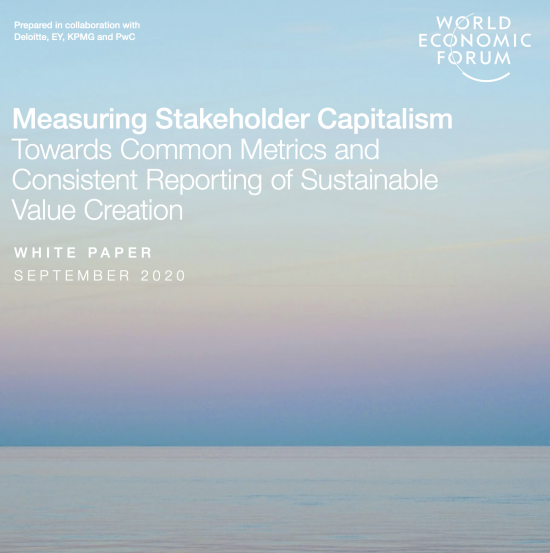 So what we have is the Big 4 firms of accountants, all of whom have been persistently found to have failed in their most basic of professional duties, co-operating with the high priests of the capitalist system that has destroyed the world's environment and driven wealth ever more upward to a few in society, telling us all what we need to know as stakeholders of the companies that they operate. You really could not have a more bizarre scenario for suggesting stakeholder accounting standards.

I do not pretend to have read every word of the document as yet (although I suspect that I will). But I do already know they ignored stakeholders in its preparation. I can safely say this because there was apparently an earlier draft that suggested that multinational corporations be required to report on a country-by-country reporting basis so that their tax affairs could be properly understood. This really is a very basic stakeholder demand right across the board now. But as the report notes: 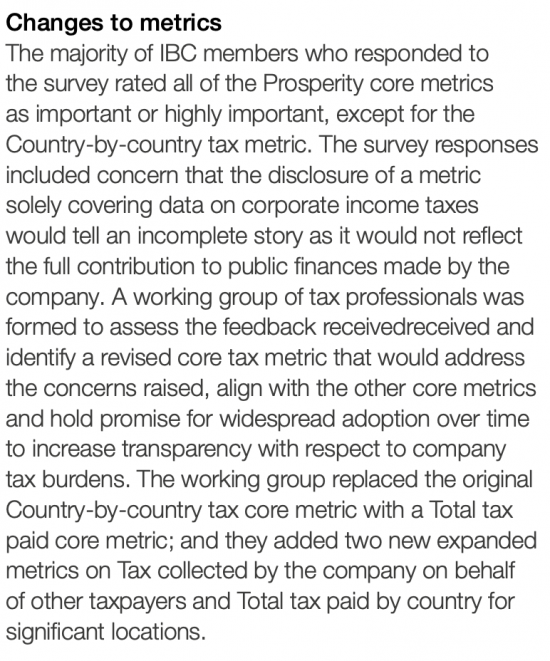 So it wasn't stakeholders who decided that country-by-country reporting was not required: it was the reporting entities that did so.

And it was not stakeholders who made the detailed decision, it was tax professionals, presumably from the Big 4, who have every reason for wishing to hide their tax avoidance activities using tax havens from view: after all, these places only exist because the Big 4 support their existence.

And by doing this the whole process has been discredited, in its entirety, because it cannot be trusted.

Which is a shame because there are some useful things in this report, but not on tax, average wage reporting. or the environment.

Frankly, what this really suggests is that we have a very long way to go, and it really is time these companies talked to their stakeholders and dropped their arrogant view that they know what stakleholders want.