The award for the most misleading chart of the year surely goes to this, issue by the Office for National Statistics this morning in its release on quarterly unemployment data: 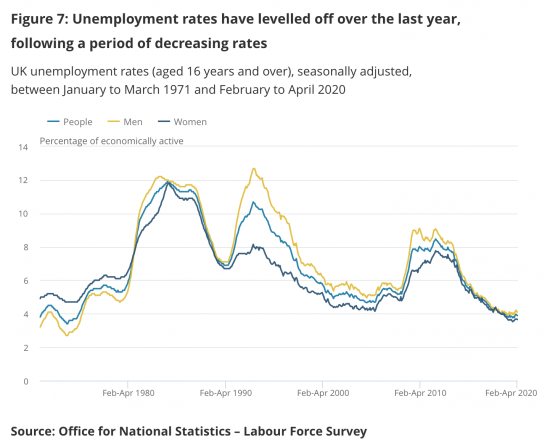 The idea that unemployment has 'levelled off' is risible of course: what has actually happened has been that it has been disguised.

That said, most agree that this morning's unemployment data does show an increase of maybe 600,o00 in unemployment, but with a great many so far being shielded from the true economic impact of what is happening in the economy. The exception may be amongst the self employed: 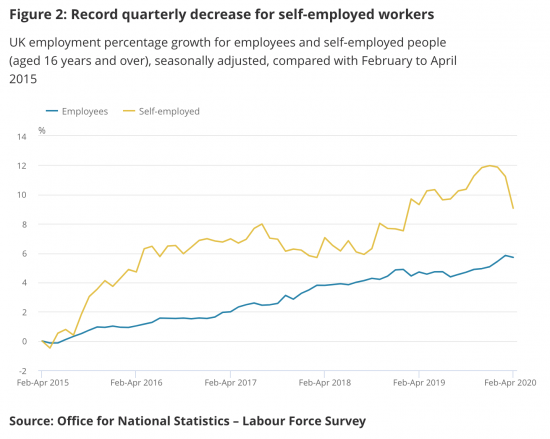 Do however note that this data is expressed as percentage variance from a fairly meaningless start point so, again, is hardly helpful in understanding the real stories behind the published data.

One statistic that did surprise me is this: 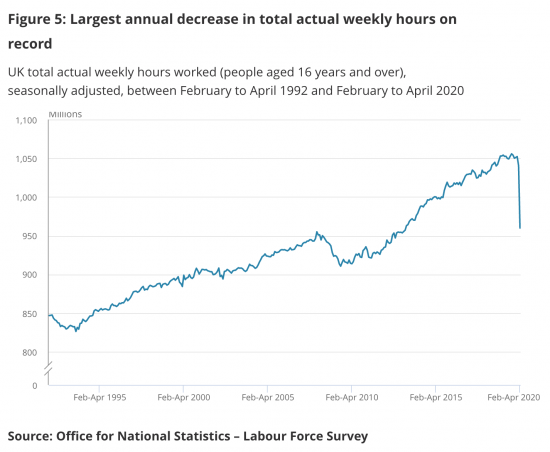 Almost certainly because the data is quarterly the true impact of one-third of the country's employees being furloughed by April is seriously understated in that downturn, which is only about 10% of worked hours.

In fact the only statistic that was published this morning in which I have very much confidence at all is this one: 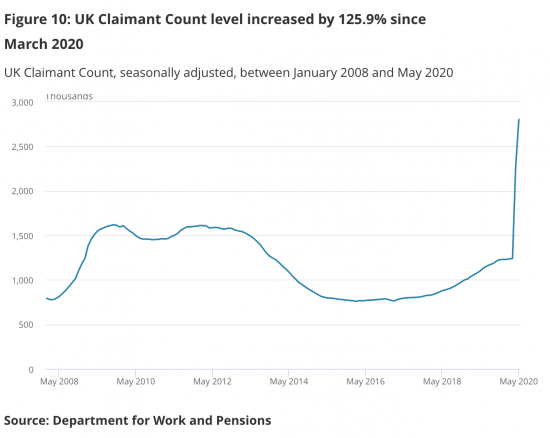 The claimant count increased in May 2020 to 2.8 million, which represents a monthly increase of 1.6 million since March 2020. I am sure that is correct, and a sign of what is to come.

There are three points to make.

First, the Office for National Statistics has not tried to correct the misleading impressions in its statistics issues today. Indeed, there is no suggestion that furlough may be distorting data in their publication: they simply say furloughed people are employed.

Second, this helps no one.

Third, it gives rise to the entirely reasonable belief that the ONS is joining with the government in issuing fake news. Because that is what we got today. And that helps no one.