Mythbuster: We can’t afford the interest on the national debt

We can’t afford the interest on all the money the government it is borrowing. We'll never afford anything else if we borrow at this rate.

New government borrowing has been at negative rates of interest in recent weeks. That means people are paying the government to hold their money now. We can Most definitely afford that.

You do know that this money does not disappear into a black pit, don't you? Most of it is paid to people in the UK, supporting savers and pensioners in this country. Do you have a  problem with that?

Interest paid on the UK national debt has, of course, varied over time. That reflects changing levels of debt and varying interest rates.

Since the 2008 global financial crisis one of the quite remarkable features of the economy of the UK, and of that of many other countries around the world, has been both the decline in interest rates (which is part of a very long-term trend) and the ability of government to now control those interest rates through both short term and long term monetary measures available to it, including quantitative easing. The result is that the average interest rate paid on UK national debt has been falling steadily.

So too has the cost of the interest on that debt ben falling as a part of GDP and of total government spending. Just 4p in every pound the government now spends goes on interest payments. And two-thirds of that goes to people in the UK.

In that case the idea that interest payments on the national debt will be a massive burden makes no sense at all.

Nor will it prevent us affording any other programmes that the government thinks it appropriate to pursue.

The UK national debt is wholly affordable, and given that much of the increase due to the coronavirus crisis will, in any event, be covered by quantitative easing on which no interest is paid, it is entirely affordable.

The annual cost of interest to the UK government from 1974 (when the available time series from the Office for Budget Responsibility begins) to 2020 was as follows. The data is shown at original cost, as a percentage of total government spending for the year, as a percentage of GDP and of the outstanding national debt, with supporting data also being shown: 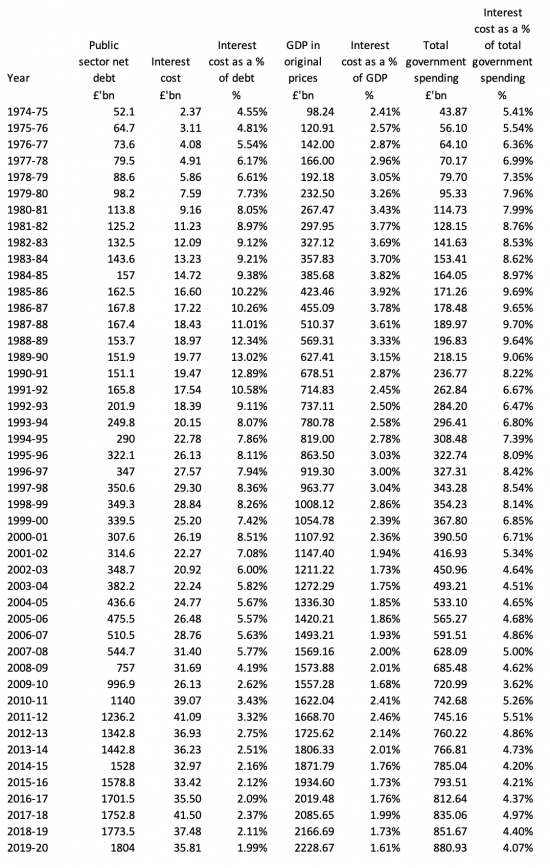 As is apparent, the cost of interest on the national debt rose over the period did increase: 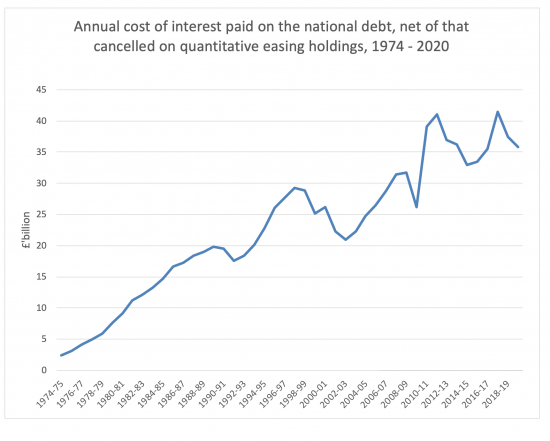 However, as a proportion of GDP it fell: 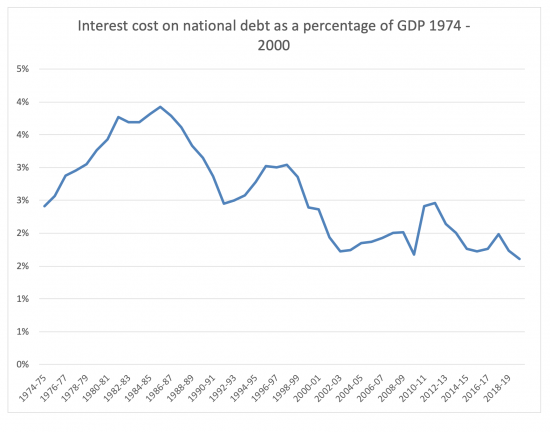 And as a proportion of total government spending it also fell: 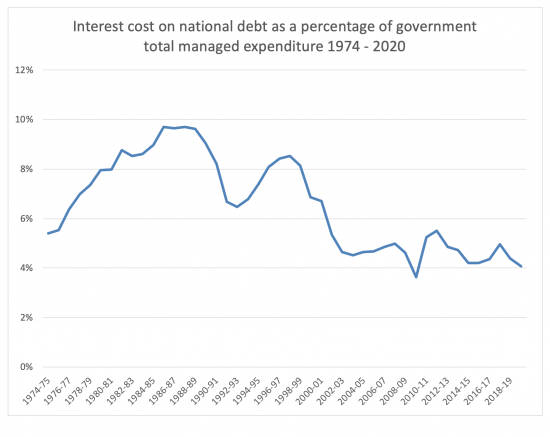 And that is, perhaps, unsurprising as the implicit interest rate paid on the outstanding debt also fell, quite considerably, over this period: 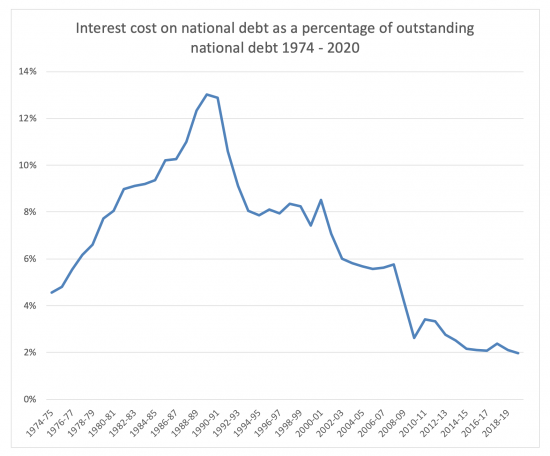 Most people do not now recall the enormous interest rates of the Thatcher years, and immediately thereafter. The rate paid on the national debt is now a nominal 2% on average, and the trend is still downwards.

Expressed as a cost per person in the UK, and in constant 2020 prices the trend is as follows: 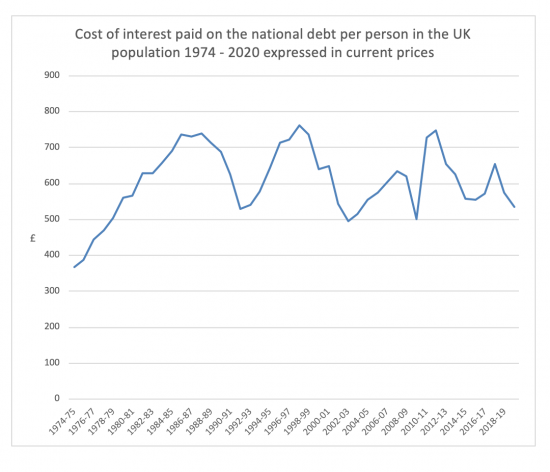 The cost of debt peaked during the Thatcher and Major years and again, briefly in the years after the crisis of 2008, but is now falling steadily. And it has to be recalled that about two-thirds of the interest paid goes to UK savers. It is not, then, lost to the UK economy.

The cost of the interest on the national debt is, then,  no impediment to the government spending now.

There are more Mythbusters here.