30% unemployment is likely in the UK

A week or so ago I was trying to persuade a journalist on a major newspaper that there might be 30% unemployment in the UK.

I estimated there were 6 million furloughed people then, and it turns out there are 6.3 million now.

I took existing unemployment and added at least 40% of the self-employed, who total more than 5 million. I may have underestimated with 40%. The total came to 9 million, which is about 30% of the workforce.

Now the Guardian has published this chart of forecast unemployment by area of the UK, based on estimates by the Royal Society of Arts: 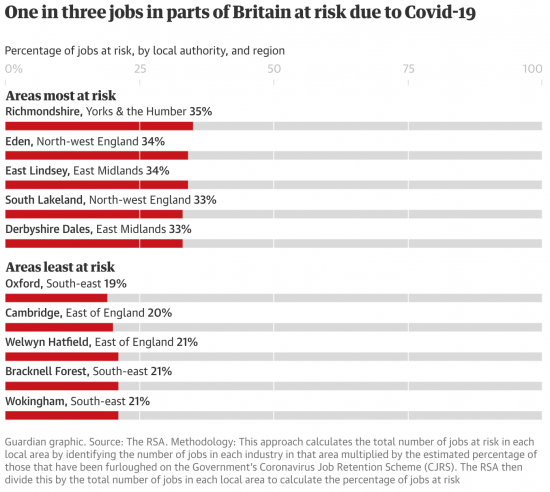 This also suggests that there could easily be 30% unemployment in the UK.

This crisis has a very, very long way to go as yet and it seems that almost no one in government gets what that means.