Marco Fante has drawn my attention to a new report, published for Davos and promoted on the FT website by the Zurich Insurance Group. He linked it in response to my comment on bankers refusing to address climate risk in their decision making. It would seem that Zurich takes a very different view. The report is available here with a summary here.

I will highlight two charts from that summary. The first is of the changing priority given to the major risks by both impact and likelihood as appraised by Zurich over a period of more than a decade: 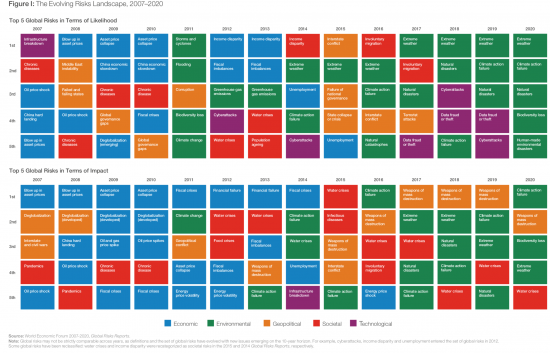 The fascinating fact can be discerned from the colour coding. In 2007 the big risks were economic, geopolitical and technological. Society just crept in. Enviro9nment as nowhere. Now it dominates all likely risks and the impact ranking as well. That right-hand column looks like this:

If you think a water crisis is also down to the environment then nice out of ten of the risks are environmental.

This is reflected in the second majo0r chart in the report: 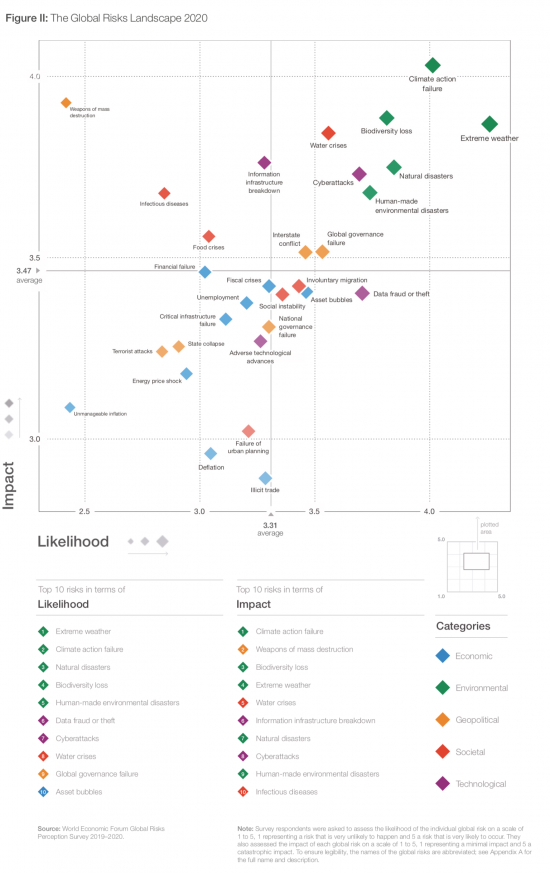 Economic risks are apparently now the least of our concerns, although I think they're understated, albeit that asset and so debt bubbles) are correctly tranked highest amongst them.

I am surprised data issues are so high.

I would make inequality a bigger risk.

But the mapping shows why the environment gets its ranking.

And still the world of finance thinks it's just a tack on extra that needs no real hard accounting.

I'd suggest Zurich have this one right. Of course their methodology can be questioned. And of course this is not right: it is a snapshot. But as a measure of changing perception this is powerful.