If tax cuts and low interest rates won’t save capitalism, will anything? 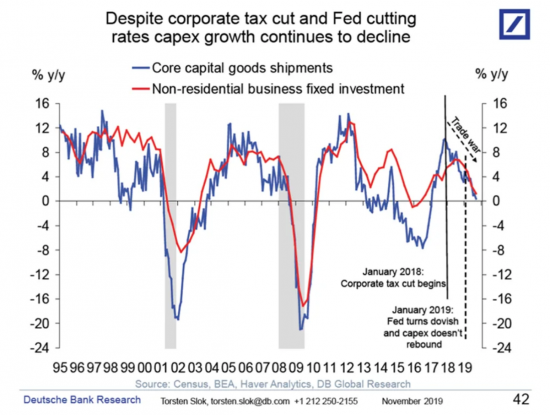 The point is very clear: despite the apparent incentives given to US  business in the form of tax cuts and low interest rates they are not investing.

The question has to be why? And there are at least four possibilities.

First, they don’t trust Trump and his strategies on trade, and many other issues.

Third, the incentives no longer work: we’re in another era now.

Fourth, they’ve simply run out of ideas on things to invest in.

I happen to think all are true.

It has forgotten how to make profit from honest  trading.

And capitalism as we have known it is at the end of its life: the era is over.

But if so the UK is in trouble. The Tories are wedded to this failed model of capitalism. They want power to promote it. That will fail. We will fail with it. It’s not a pretty prospect.