Tory borrowing since 2010 has been as follows: 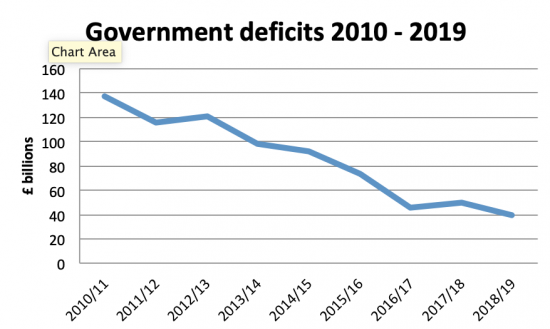 That is £86 billion a year on average. 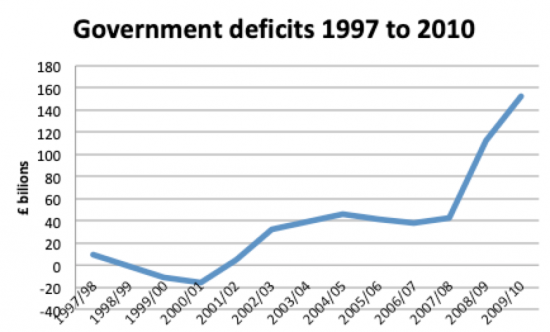 That is £38 billion a  year on average and just £20 billion a  year if the crash period was excluded. The pattern was utterly different. And note that Labour actually repaid debt for a period, something the Tories have almost never done.

Total borrowing has grown like this under the Tories: 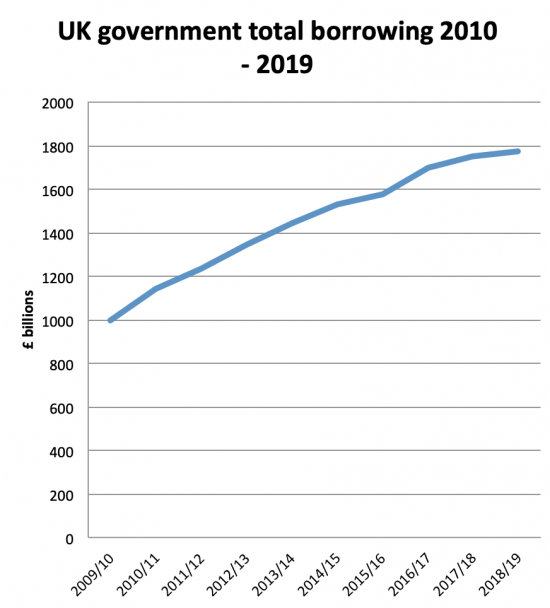 My point is not whether this is right or wrong: stronger borrowing would, in my opinion, have paid handsome dividends throughout much of this period. My point is that Sajid Javid says that labour should not borrow £100 billion a year now. But allow for inflation and that's what the Tories have done whilst in office. And their attempts to reduce that borrowing whilst giving tax cuts to the rich have imposed misery, austerity and failure on the UK, for no gain at all.

There is only one fantasy here, and it is the Tory fantasy that balancing the books has any impact on well-being, at all. It has none whatsoever. And we've all paid the price for that delusion. We cannot afford its perpetuation now.

Source data is from the House of Commons Library, here.