On a wild and windy morning

I'm the first to admit that I am not the world's best at relaxation...but this morning I said I was going bird watching, come what may. So wind and rain came. And I went anyway, to the Wetlands and Wildlife Trust reserve at Welney, just up the road from me. 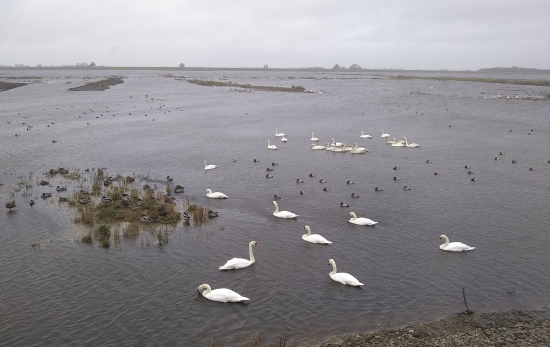 But, out there on one of those islands there were two cattle egret, a first for me.

Plus most of the UK's common ducks, thousands of black-tailed godwits, two marsh harriers, three dunlin, a curlew, lapwing, plenty of tree sparrows and much else.

And later, whilst having a coffee I watched a weasel move kits in its mouth, one after the other, which was amazing

Sometimes I need to remind myself what a stunning world we live on. And why we need to value it.