The biggest issue in tax justice is tax evasion

As the IMF has noted this week, the informal economies of the world - which are unrecorded and on which no tax is paid as a result - remain large even if the amounts as a proportion of GDP are thought to be falling slightly: 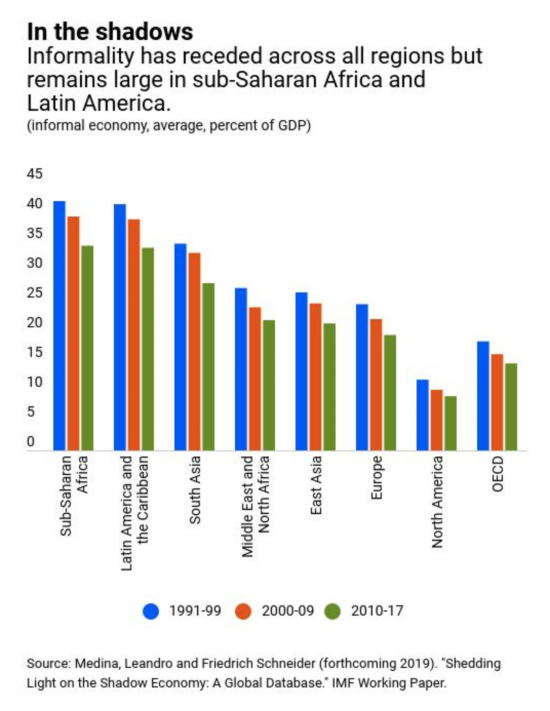 If 20% of Europe's income is unrecorded - and overall that might be true, although the figure for the UK may be half that - the biggest issue in tax justice is tax evasion and how to address it.

And it is not possible to say that this issue can be ignored because those doing the evasion are on low incomes.  Tax is not about raising revenue. I argued that there were six reasons for tax in my book The Joy of Tax:

None of these are about raising revenue. They are all about the delivery of social, economic and fiscal policy, which is what tax justice is about. In that case evasion really matters.

I know tax avoidance is important, but it's maybe 15% of tax evasion, at most. It's time tax justice campaigners took note.