The FT reported yesterday that:

A coalition of Danish pension funds plans to invest $50bn in clean energy projects by 2030 in an effort to galvanise support from other institutional investors to fight climate change.

The Danish initiative, which is supported by Danish prime minister Mette Frederiksen, is led by PKA, a $45bn pension fund representing 320,000 members. Denmark’s pensions sector has invested more than $19bn since 2010 in clean energy projects and measures to reduce the damage from pollution caused by the energy sector.

Peter Damgaard Jensen, PKA chief executive, who co-ordinated the pension coalition, said the fight to prevent a climate catastrophe was “the greatest challenge” facing the world.

Last week I wrote about funding the Green New Deal and mentioned the role that pension funds could play in this. The Danish investment, in a country one-tenth the size of the UK, suggests that almost all the funding we need could come from such sources in the UK. I have not been so ambitious. But the point is clearly made by Denmark.

And all pension funds might need to note this: 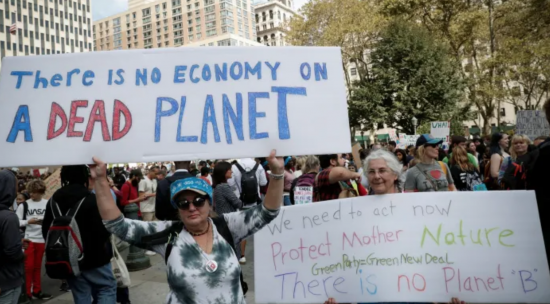