Ann Pettifor’s The Case for the Green New Deal

Ann Pettifor's book on the Green New Deal is out today: 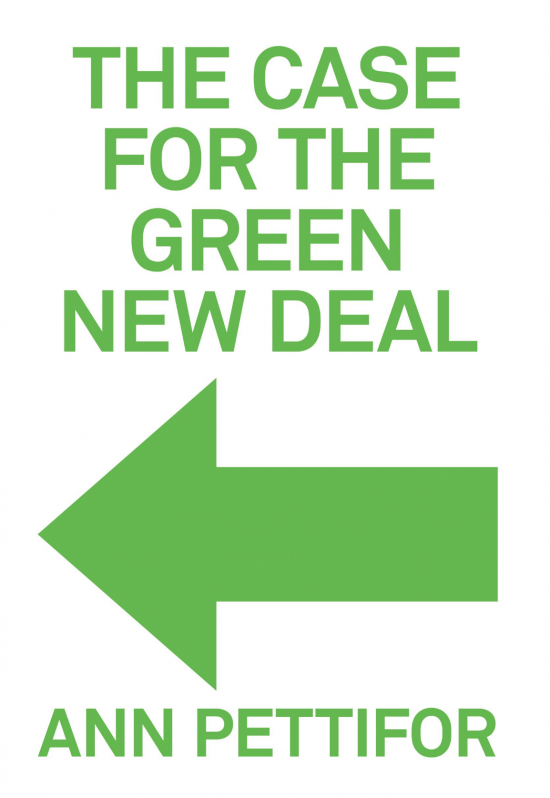 The GND has the potential of becoming one of the largest global campaigns of our times, and it started in Ann Pettifor's flat. In 2008, the first Green New Deal was devised by Pettifor and a group of English economist and thinkers, but was ignored within the tumults of the financial crash. A decade later, the ideas was revived within the democratic socialists in the US, forefront by Alexandria Ocasio Cortez. The Green New Deal demands a radical and urgent reversal of the current state of the global economy: including total de-carbonisation and a commitment to fairness and social justice. Critics on all sides have been quick to observe that the GND is a pipe dream that could never be implemented, and would cost the earth. But, as Ann Pettifor shows, we need to rethink the function of money, and how it works within the global system. How can we bail out the banks but not the planet? We have to stop thinking about the imperative of economic growth-nothing grows for ever. The program will be a long term project but it needs to start immediately.

I have read the book. Much of it is about a history of Keynesian monetary thinking and how that might relate to the Green New Deal now. It achieves that goal, well.

The book does though suffer from some confusion about modern monetary theory: Ann appears to identify MMT's position with that of Positive Money, although without explicitly saying so. That is not the case, and I have long argued with the Positive Money view of the world, as has Ann. Ann also thinks that modern monetary theory and green QE necessarily means 'helicopter money' creation, which again might be the case as far as Frances Coppolla is concerned, but is not necessary, at all. In fact, much of what Ann argues for is remarkably similar to modern monetary theory as I see it, including a preference for the idea that government spending must always be funded by credit creation in the first instance. When it comes to actual ideas, there is very little to quibble with and in essence there is remarkably little difference between the book and what I argue for here, which was written before I read it.