The GERS data is ludicrous: Scotland does not generate 60% of the UK’s net fiscal deficit

I have had the GERS data for fifteen minutes when starting to write this. Don't expect miracles as yet. But Table 1 told me most of what you need to know. It shows the net fiscal balances of Scotland and the UK as a whole since 1999. As GERS defines it: 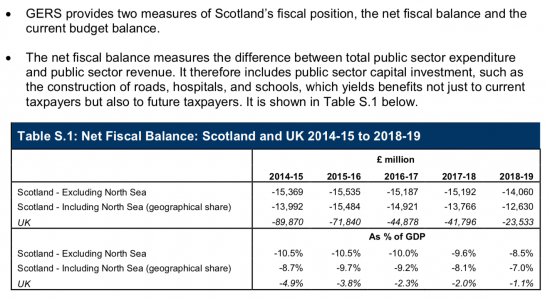 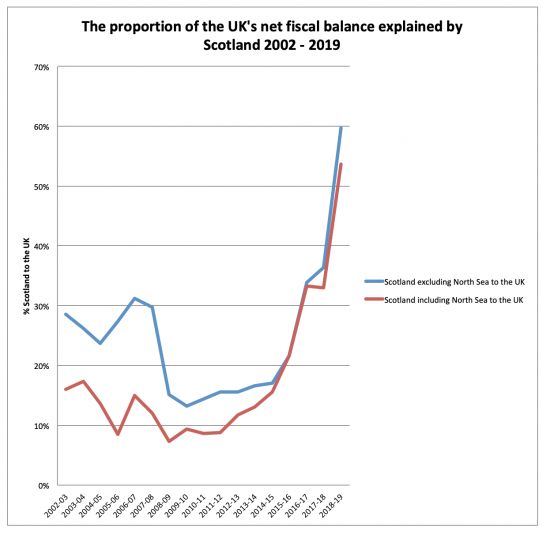 And my answer is very simple: no it did not.

How do I know that?

Because Scotland would not have chosen to spend some of the cost charged to it by the UK government.

And because the GERS methodology is wrong when comparing income and expenditure, as I have already noted today.

But most of all it is because what this ignores is three issues. The first is that there is a massive bias in financial services in the UK that the Tax Justice Network has recently pointed out. This means value is extracted from Scotland and recorded in London.

Second, there is massive wealth inequality in the UK: 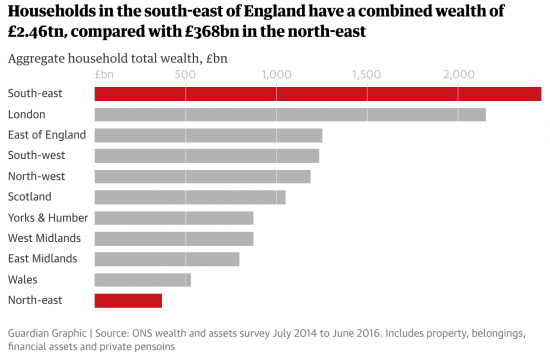 Of course, there is wealth inequality too, and both represent this looting of the rest of the UK by the financial services industry in the south east of England.

And third, to suggest as the GERS notes suggest that profits are appropriately allocated to Scotland on a case by case basis is just nonsense. I have worked on issues of profit allocation for years and developed country-by-country reporting to address this issue. It is now used around the world, but there is no data in Scotland to appraise it. To then suggest that profits and so corporation tax are correctly apportioned is nonsense.

This data is, then, not just wrong. It is absurdly wrong. From the methodology, to the lack of data, to the inherent biases and the failure to correct for obviously identifiable factors, the result is intended to produce an outcome. As has been noted:

In a leaked memo the then Secretary of State for Scotland Ian Lang wrote "I judge that [GERS] is just what is needed at present in our campaign to maintain the initiative and undermine the other parties. This initiative could score against all of them.”

I acknowledge that things have moved on since then. But let;'s still be clear what GERS is about. Its aim, as is the aim of almost all UK government-produced data, remains to prove that a financial services elite produce most of the value in the UK and that as such the interest of those with wealth, based in the City of London and largely living in the south-east of England, must have priority in all matters, including tax, fiscal policy, regulation and more besides. The rest of the country must behave as supplicants to ask for their mercy and goodwill for the handouts that they are offered. And GERS in this form really suits their purposes very well.

But does it suit Scotlands's purposes? No, not at all.

And is it any real reflection of the true situation that Scotland would face if tax was paid where value really arises? Again, I suggest not. But that the question of where value arises is a question never asked within the UK, although it is on the international tax agenda.

It should be. Until it is GERS remains CRAp - a completely rubbish approximation to the truth. GERS unquestioningly takes data at face value and regurgitates it. We need something a lot better than that.