How tax havens distort the world

The Office for National Statistics published new data on inward foreign direct investment into the UK this week. This is where they show the money coming from. The intermediate position is the declared source i.e. the residence of the entity apparently used to make the investment and the ultimate position the supposed actual source of the funds. 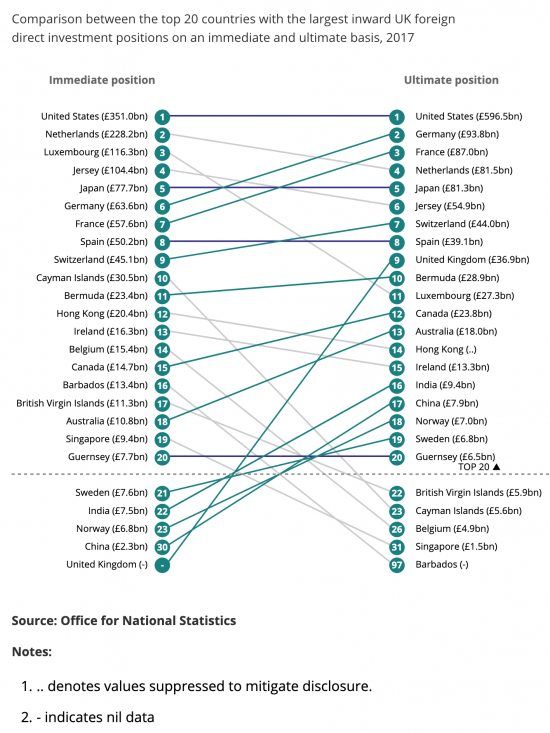 What does the data show? First, it shows by how much the world is distorted by tax haven behaviour. As is apparent, the tax havens of the Netherlands, Luxembourg and Jersey massively distort the flows of funds, and this can only be for tax advantage. The idea that corporate tax avoidance is dead is not yet true, unfortunately, even if I think it is a little less egregious than it once was.

Second, the importance of country-by-country reporting should be apparent: we need to be able to trace such issues.

And third? Does anyone really believe that Jersey is really our sixth-largest inward investor? It, I can guarantee you, is not, with just 100,000 people there. But the ONS do not say that they are publishing nonsense. Why not?