Every day, everything we do, is about sending wealth upwards

I publish this for no better reason than information. It's from the FT: 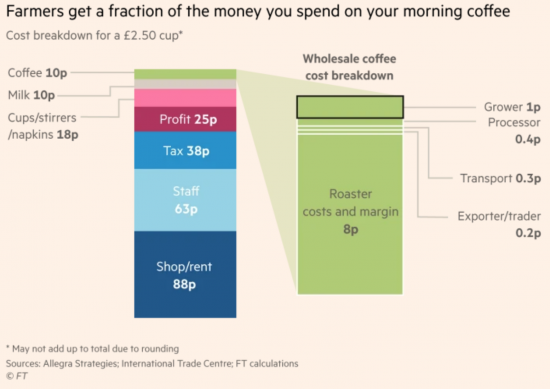 Second, don't grow coffee. Or, alternatively, work out why those who do are still screwed so badly.

Third, when rentiers take the biggest slice our economy really is in deep trouble. Every day, everything we do, is about sending wealth upwards.

Oh, and fourth, the tax is low. If VAT is at 20% that should be about 42p in here. And then tax is due on that profit as well. Something does not add up. Just saying.