Are countries really recovering most of the corporation tax that they expect to get?

The OECD has published new data on corporation tax, acknowledging, as much of my recent research has found, that a great deal of that available to researchers is extremely poor. I welcome the move, but have not had a chance to test this data as yet.

One thing I can show is this table on headline and effective tax rates in 2017: 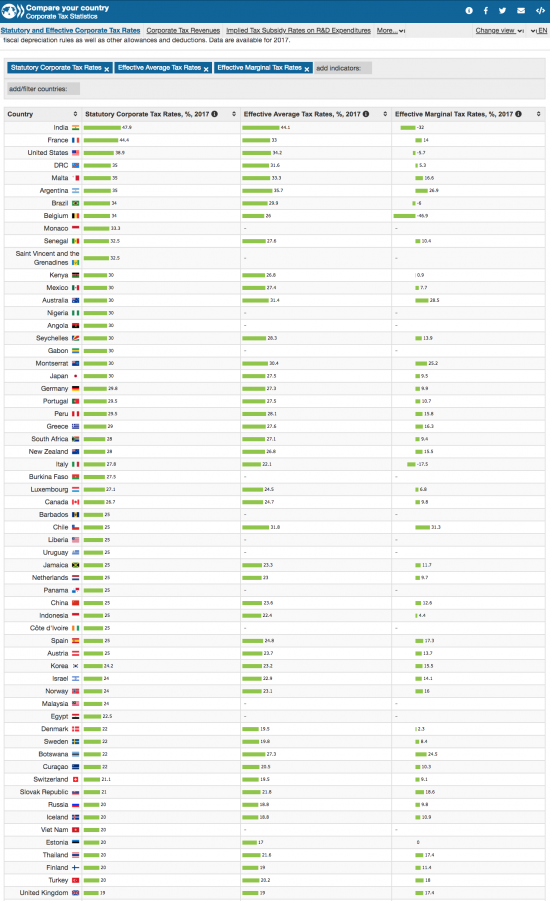 I have not done correlations or anything so sophisticated as yet on this data. What is, however, clear is that headline and effective tax rates in many countries are quite similar. I cut the chart off at the UK, by the way: it was already getting to be quite small. There are, of course, places with lower rates.

It also happens that I am also finding this outcome right now in the research I am doing.

I would stress, that this probably relates to large companies, in the main. Data is harder to find on smaller companies as accounts are hard to locate.

And I would also stress that this does not preclude profit shifting. Tax avoidance can exist despite this suggestion.

But if it is true what it does suggest is that many countries are recovering most of the tax they expect from their tax rate. And that is a claim that does need further consideration. I leave it on the table.