I have evidence in the Canadian parliament (by video link) this afternoon: 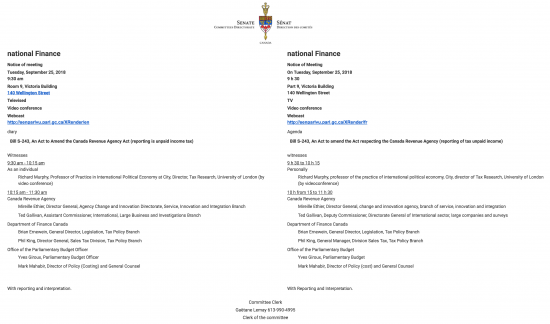 This is what I had to say on the proposed Canadian tax gap measure:

Thank you for asking me to give evidence today.

I have reviewed the proposed legislation that you are discussing that will amend section 88 of the Canada Revenue Agency Act.

I have noted the definition of the tax gap that the draft legislation proposes. That definition is welcome, but is also problematic:

I have also noted the basis on which it is suggested that tax gap data will be estimated. This is technically described as a ‘bottom-up’ approach.