The Treasury Committee of the House of Commons published the following figure in its recent report on savings, pensions and related issues: 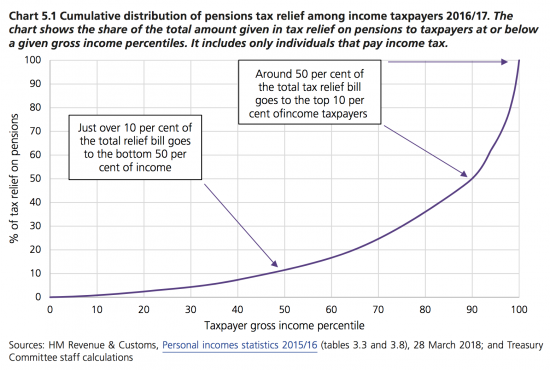 There are three things to note. First, the lower half of the income distribution (broadly earning less than £24,000 pa in the year in question) get 10% of all pension tax relief.

The total cost of the tax reliefs is as follows: 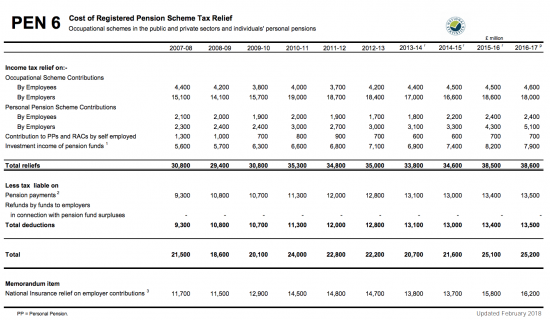 The total comes to £54.8 billion: the tax receipt offset is wholly bogus accounting that is utterly unacceptable under any accounting convention.

In other words, tax relief for those best off - which is nothing more than a straightforward state subsidy for their savings which increases the wealth divide in the UK as a result -  costs £27 billion a year.

This needs to be put in context. In 2016/17 the spending on welfare in the UK was approximately as follows:

Comparison should not be made with housing benefit - since the vast majority of that goes to landlords, most of whom will also be in the top 10% of income earners.

And it's hard to call pensions -which are paid almost universally - a welfare payment.

Whilst unemployment benefits are almost insignificant.

The other benefits come to £125bn.

And the best off get a sum equivalent to 20% of that just to boost their wealth.

What is the logic to this? It's almost impossible to discern.

The Treasury Committee suggests reform to pension tax relief, giving it at a flat rate.

I am beginning to question why it is given at all.