I would love the Uk to have reliable tax gap data, but right now that still looks like an aspiration and not a reality

It has not taken me long to have my usual doubts about HMRC's latest annual report on the tax gap. This is their summary of its latest composition: 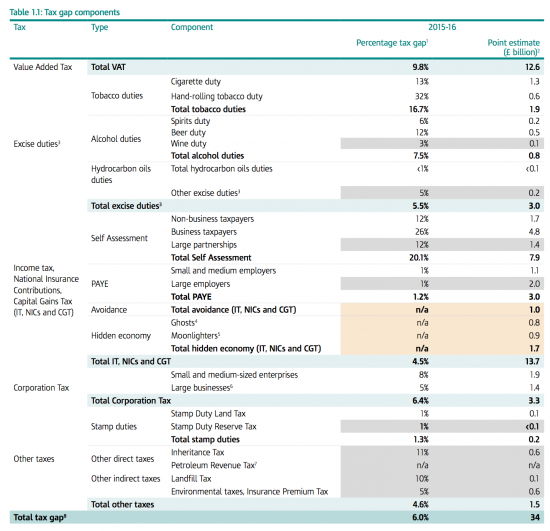 This is translated into summary data over time as follows: 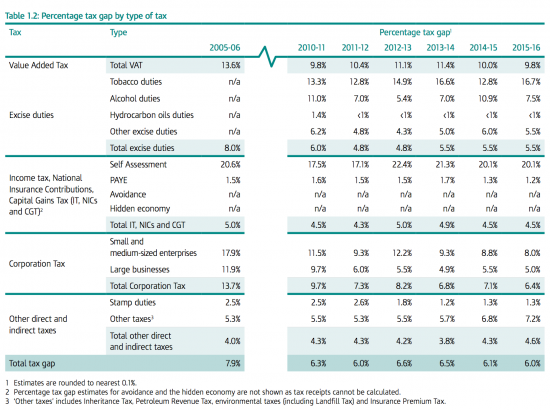 First, let me be very clear that the last table is written with the benefit of hindsight. As HMRC themselves admit, most of the improvements in their tax gap estimates over time have arisen from revisions to the way in which they estimate the data, as this table shows: 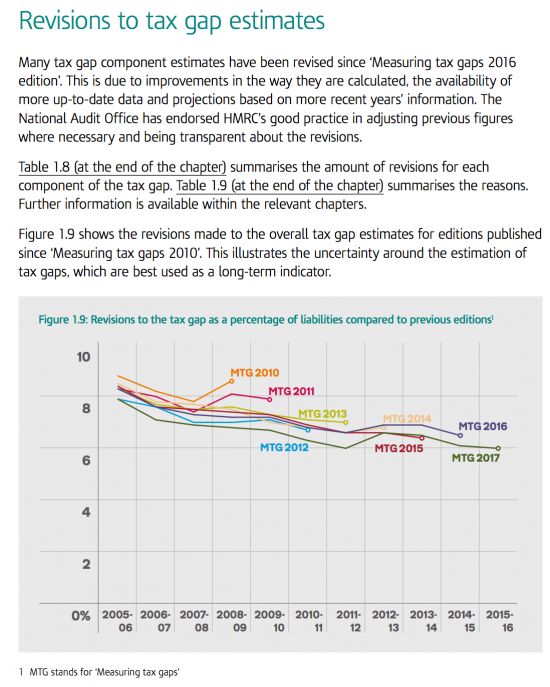 The 2008/09 data has been revised every year since first published. Originally estimated at something well over 8% of total tax liabilities, it is now reported as being almost two percentage points, or in excess of 20% in value terms, less than that (I have not located underlying data to be more precise as yet so am being cautious with estimates). Actual behaviour did not change, of course. Caution is required with all the data HMRC have to offer as a result: if it can include errors of this scale then its reliability has to be questioned.

There are other good reasons for thinking this as well. Look at the data on tax avoidance. According to the latest data there is a loss to this of just £1 billion a year for income tax and national insurance. But this is absurd. We know that national insurance losses from tax driven incorporations alone were apparently costing the government at least £500 million a year by the government's own estimate in 2015 and were sufficient to require action. And of course, there were many other schemes in use. The suggestion that total avoidance was, then, just £1 billion across income tax, NIC and CGT looks to be a hopelessly inaccurate estimate.

Then there is the issue of tax avoidance by large companies. Yesterday Economia magazine (the in house journal of the Institute of Chartered Accountants in England and Wales) reported:

HMRC has increased the number of challenges on large businesses last year, as it suspects £5.8bn was underpaid through transfer pricing

According to Pinsent Masons, this rise was driven by an increase in diverted profits tax (DPT) inquiries, used to prevent activities that divert profit away from the UK.

And yet large business corporation tax losses, where this is likely to happen, total £1.4 billion. It is simply not possible to reconcile these figures, again.

Next look at the figure for the shadow and hidden economy. Is it really plausible that the tax lost to this is just £1.7 billion out of an economy where GDP is now nearly £2 trillion? The number is simply implausible. If 9.8% of VAT is lost - most to evasion - and VAT is charged on the top line of the nation's income account it is simply not possible that just £1.7 billion is lost to wages in the shadow economy: after all, the VAT fraudulently taken from businesses should be subject to income tax and national insurance. This means that the tax gap has to be understated for this reason.

Finally, note that HMRC make headline news of a 6% under collection rate but tax avoidance and evasion are not included in the estimates of that rate, as indicated by the term n/a. But that is simply not a credible claim then. If HMRC cannot calculate an estimate for these figures then they cannot claim an overall figure because they have no clue what the tax lost is a percentage of.

I would love the UK to have reliable tax gap data. Right now it appears it has not.