These are unusual political times. When I first started writing this blog the risk of fascism was present, but thankfully remote. The rise of the populist far-right was not unimaginable, but in the form it then took was hard to realistically foresee. The UK leaving the EU was quite impossible to predict. And that immigration would rise to the top of the political agenda seemed particularly unlikely. About as unlikely, to be candid, as it was that the FT might seriously discuss the end of global capitalism. But times change. Prevailing opinions do too. And the failure of the body-politic to address the issues arising from the 2008 global financial crash has changed a great deal about the UK. What that means is that we have to think differently.

All of which is a long winded way of saying that a while ago I may have found it difficult to discuss a book on protectionism on this blog, even if it was written by a friend of mine. And now I don't. Now I think that even if we find ideas uncomfortable and we think that they challenge our long held perceptions then we still have to consider them: changed political sentiments requires that those with progressive inclinations rethink what they have to offer and why if they are to continue to shape the fortunes of people in this country and elsewhere in ways that social justice suggest desirable.

A new book called Progressive Protectionism by  Colin Hines, who is the convenor of the Green New Deal group, provides some such uncomfortable thinking. I do not agree with all Colin says, and nor do many in the Green New Deal group, and yet what Colin has to say is now both timely and maybe even necessary. What Colin does in his book is argue that the long held treasured pillars of the European Union are inappropriate. He does not actually argue we should leave despite that. What he argues instead is that the Treaty of Rome that underpins that whole edifice should be amended and replaced by what he calls a Treaty of Home.

The essence of Colin's argument is that global capitalism is not working. And, given that Colin is a long time environmentalist (having been around that scene since it near enough began), what we should do to replace it is build strong local economies. This is not only green, but he also argues it is the way to tackle many other issues. Capital controls, for example, would let us more effectively tackle tax abuse and so build a more equal and just society. They would also end a focus on speculation that is creating massively harmful inequality in our country, and others. Controls on trade would, Colin argues, support local economies and jobs and massively reduce the enormous carbon cost of much of world trade. But, and this is where for many the argument will be uncomfortable, this also requires control on migration.

For many on the left this is a taboo even though as a matter of fact we have not had uncontrolled migration into the UK within living memory. The shibboleth of migration haunts discussion of left wing politics despite the reality that it has never existed. So let's be clear what Colin does not argue. He does not argue anyone should have to leave their country of residence. And nor does he suggest there should be no migration: he is quite explicit about the fact that there will be many reasons why it can and should exist. But equally he argues that economic migration is not a virtue, and even that is troubling for many. Colin has been banned from some left of centre discussion forums for even raising it as a concern. Candidly, that shows the small-mindedness of those making such decisions. That's not least because, as Colin carefully documents, our open doors policy for those who train in poorer countries and then work here denudes those countries of the skills they need to provide a better standard of living for those who live in their home countries and is little better than a new form of economic colonialism on occasion. We extract people and their incomes from other countries as surely now as we once extracted the raw materials and products of those countries at an undervalue in the past. In that way Colin argues that a policy that deliberately fosters the idea of encouraging people to stay where they are, and builds foreign and aid policy around that goal is now not just a priority, but an issue of social justice when data shows that most migrants move the minimum distance possible from their homes to achieve their goals.

Does the argument work? I suggest you need to read the book to find out. Many will not think it does. I suspect Colin expects that. But I admire his courage. What he is doing is offering a radical, left of centre, concerned view on the way the world should develop if social justice is to be achieved. And whilst facing some of the issues Colin raises may be difficult for many those who are serious about building credible left wing politics that can and will win electoral support should now be willing to recognise that the assumptions on which old edifices have been built do need to be challenged, if only to find out what is really worth retaining and what is worth discarding. Colin's book offers a chance to do that. And that's why I think what he is offering is of real value, not least because he focuses on solutions, and they're in short supply right now. 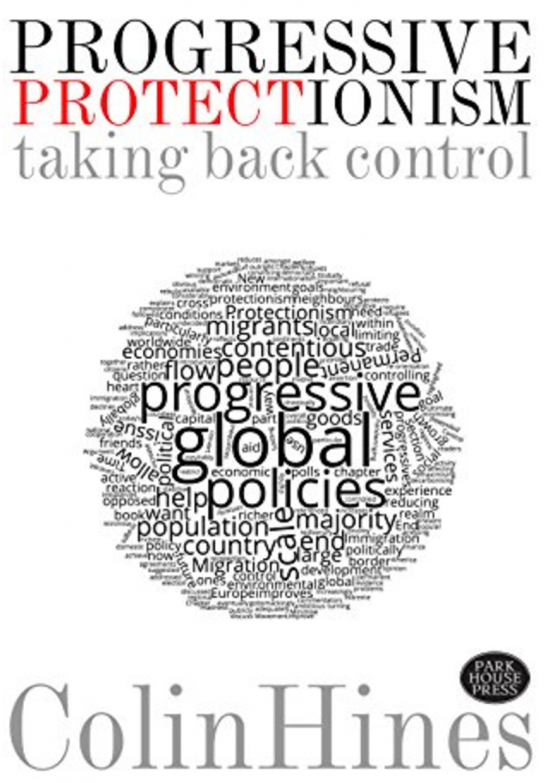 Available only as an ebook from Amazon (and Kindle is a free download on any computer).