Can Cayman be wound up? Someone can’t be telling the whole truth

Can I warmly recommend you watch the BBC2 programme 'Britain's Trillion Pound Island - Inside Cayman'? It is available on iPlayer here for the next four weeks. 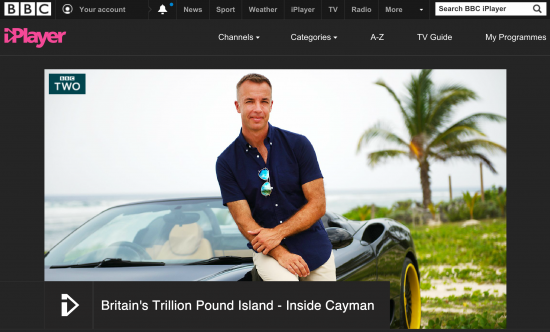 I have worked with Jacques Peretti and like him.

I liked four things about this problem.

First, it got the understanding of offshore right. That was because it was advised by my friend, collage and co-author Pro Ronen Palan of City University.

Second, it went out of its way to highlight the paradoxes of Cayman: the wealth and the poverty; the claim of friendliness and fun lifestyles and the secrecy and paranoia; the no tax message and the massive costs this imposes on some.

Third, I liked the fact that this was extrapolated by Peretti to the possibility that we are heading for tax haven UK. How could he have known the Google deal would break on the same night?

And fourth, Peretti did some good interviews. He exposed both the Governor and Prime Minister as shifty, and verging on incompetent in dealing with wholly anticipatable questions. I don't think that was unfair of him. But what he also got from them were clearly different views on a key issue. The Premier argued that if the UK did not like what Cayman does it could very clearly close it down as it ultimately carries the can for everything on Cayman, which is a view I should say I share and have long argued, but which is hotly disputed in other UK tax havens but which legally has to be right, as the case of the UK takeover of the Turks & Caicos Islands proved. The Governor flatly disputed that.

Now they can't both be right.

And I think the Premier was telling the truth and not just passing the buck, whilst the Governor was just buck passing.

But that brings us right back to Whitehall and the obvious question of why do we put up with such locations dedicated to undermining democracy and the right of elected governments to collect the taxes owed to them? The question has only really arisen on the watch of David Cameron. He has to answer.