Why do the least well off still have the highest tax rate in the UK?

The latest data on household incomes and tax paid produced by the ONS has been neatly summarised in the Independent this morning and I am going to use their graphs here to summarise the message. The first graph is this: 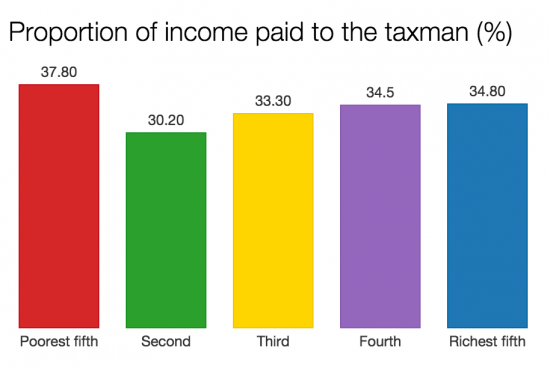 As has been the case in the UK for a long time, those least well off pay the highest proportion of their income in tax. That is not what most people think though. That's because we think of income tax as tax, and that's not true, although it is incredibly convenient for the government to suggest that it is, because this is the income tax data: 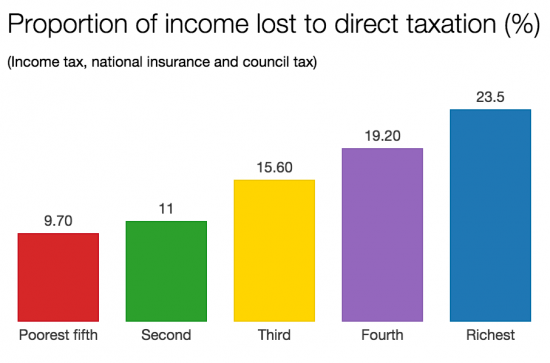 It looks like we have a progressive tax system. But don't be fooled. This is the graph for indirect taxes: 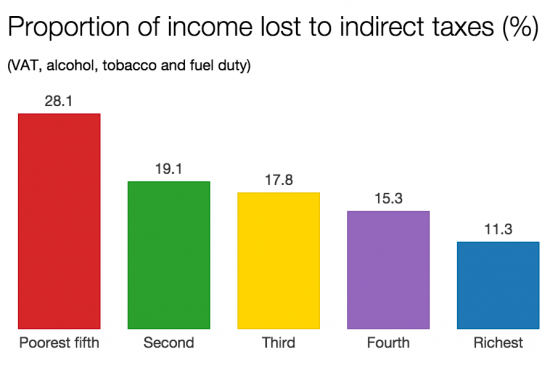 It is the combination that matters, of course.

And the combination is regressive at the lower end of the scale and flat for all practical purposes at the top end of the scale, at best. Despite which there are still calls for more tax cuts for the best off, whilst those on lowest incomes face benefit cuts, none of which have economic justification.

The reality is there is tax injustice in the UK. The question to ask is who will tackle it?