The CBI’s display of self interest is hard to beat

Having already noted some opposition to country-by-country reporting this morning I have to continue on the the theme.

The CBI have written to the EU to oppose measures designed to introduce mandatory country-by-country reporting on public record, due for a vote soon. The letter happens to have come my way and says: 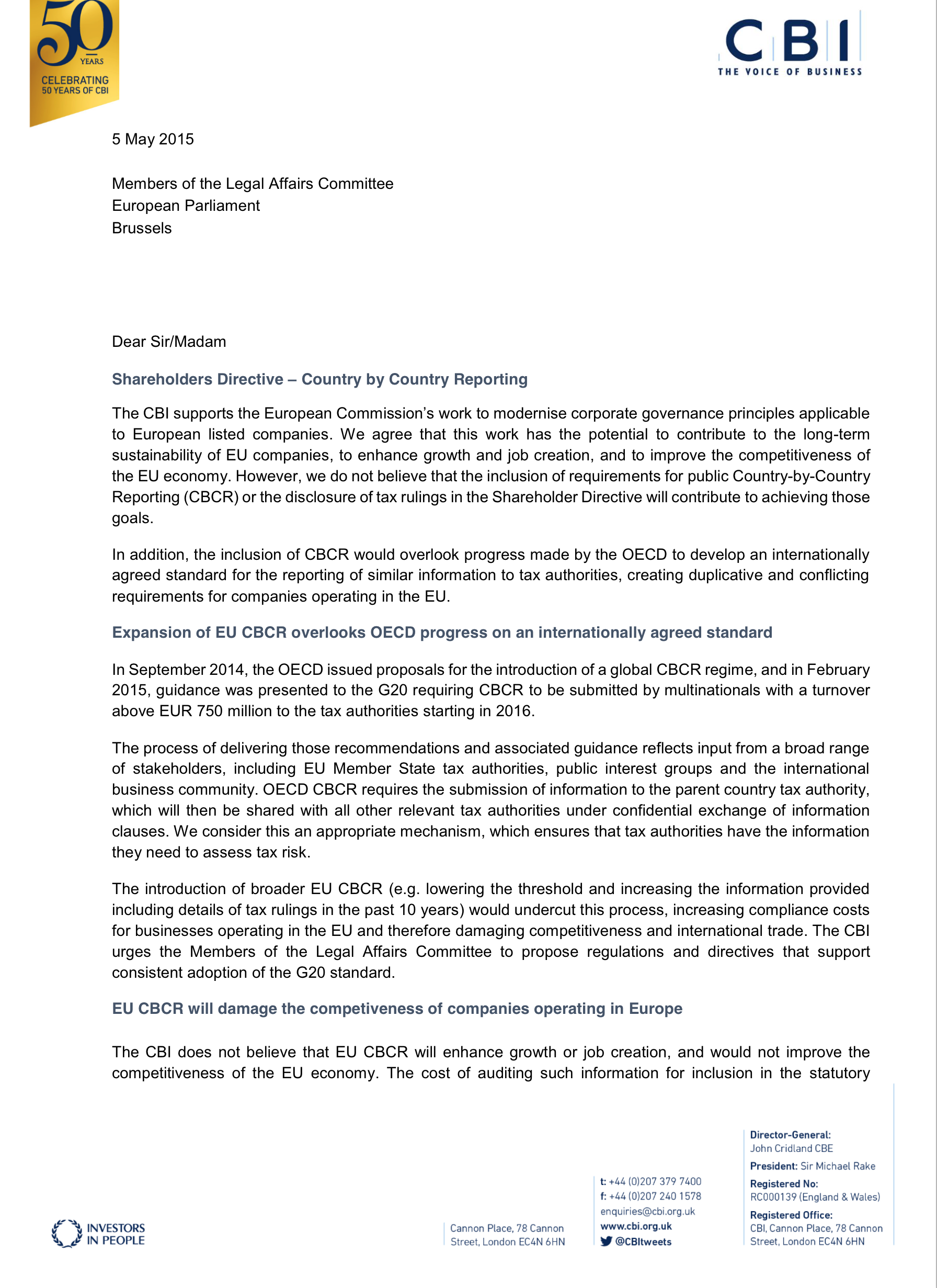 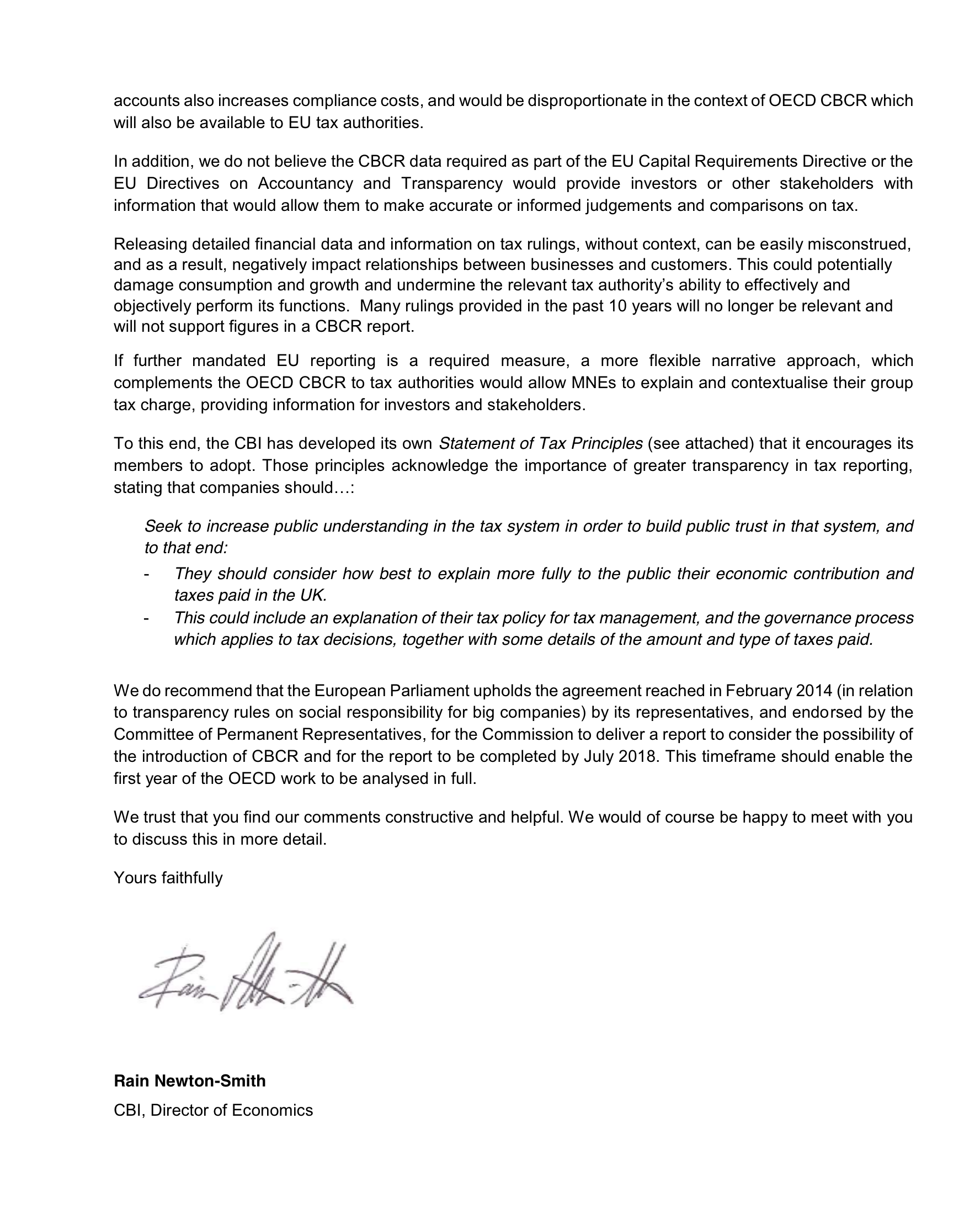 If Rain Newton-Smith knew much about the subject she'd know that market theory says that markets work best when there is perfect information to ensure that all providers of capital can make optimal choices as to whom they should entrust their capital to so that their chance of maximising their return was greatest. And yet she then goes on to argue :

The CBI does not believe that EU CBCR will enhance growth or job creation, and would not improve the competitiveness of the EU economy.

Or to put it another way, she argues that open markets based on competition for capital do not work or produce the outcomes that the theory that underpins the EU's preference for them suggest likely. It is an odd position to take.

She digs a bigger hole for herself when arguing that she is in favour of country-by-country reporting data going to tax authorities and no further, saying:

Why is it, I wonder, that she thinks tax authorities should have the data to assess tax risk but not shareholders? Does the CBI think shareholders should be kept in the dark about something that is clearly material to their interests? It would be good to know.

And then there is this:

In addition, we do not believe the CBCR data required as part of the EU Capital Requirements Directive or the EU Directives on Accountancy and Transparency would provide investors or other stakeholders with information that would allow them to make accurate or informed judgements and comparisons on tax.

Releasing detailed financial data and information on tax rulings, without context, can be easily misconstrued, and as a result, negatively impact relationships between businesses and customers.

Then add the contextual data! For heaven's sake, if all problems were so easily solved life would be a doddle. Is the CBI so witless as to not understand this, or has it another agenda?

The latter seems likely when they say they think that companies should:

Seek to increase public understanding in the tax system in order to build public trust in that system, and to that end:

If the CBI really though this they'd support the Fair Tax Mark, and they don't, so I do not believe them.

But also note that the focus is wholly upon explaining taxes paid in the UK. We are talking about multinational corporations here. Hasn't the CBI noticed the whole issue is about tax they pay wherever they are?

I would love to find any merit at all in what the CBI has said but I can't. In accounting and economic terms it makes no sense at all. It is contemptuous of shareholders. Its UK focus is an insult to the EU to whom it is addressed. And it is all about denying information to those who need it to ensure the perpetuation of abuse. As a display of self-interest it is hard to beat. By any other standard its a failed contribution to debate.